Color-shaming is alive and (still) hurtful among Latinxs today 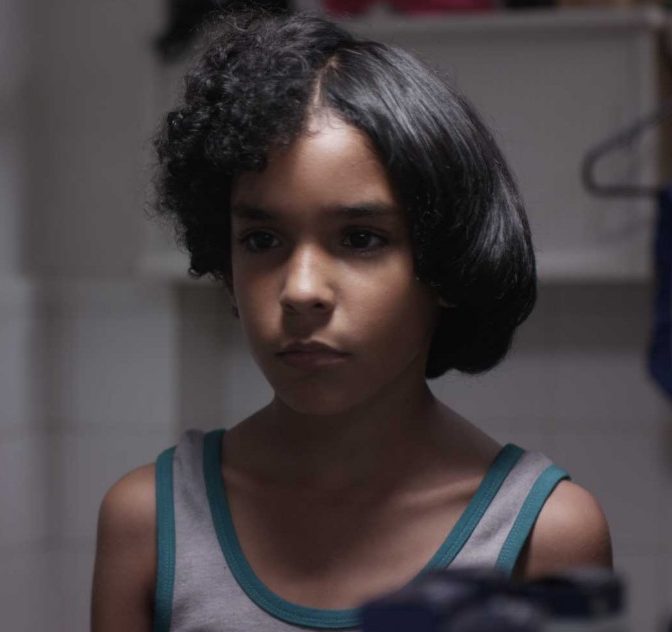 Watching all the recent media reports and discussions about baseball legend Sammy Sosa’s skin bleaching brings back painful memories for me. It began when I was a teen.

My mom encouraged me to use the skin lightening cream ConchaNacar because my “elbows and knees were too dark.” I’m Mexicana and morena (dark-skinned), so I used the cream without giving it much thought. But years later, as I searched for the perfect wedding dress, my first thought was that I couldn’t choose a dress that would show my dark elbows, so I wore a long-sleeve wedding dress for my August wedding — during monsoon season in Arizona.

I didn’t realize it at the time, but upon self-reflection later in life, that I understood that the decision I made for one of the most important days of my life was fueled by being told to use the cream because my darkness was somehow unacceptable.

Color-shaming in the Latinx community is common, and has been going on for generations. Most of us have heard some version of the following:

“Don’t stay out in the sun too long, you are going to get dark.”

“She is so güera (fair skinned) and pretty.”

“She’s pretty even though she is morena.”

“The baby is good looking; thank God he took after his mom and didn’t get his dad’s skin color.”

Of course, these comments are not made with malicious intent. But they are ingrained in our culture, whether we recognize it or not. I have often had long conversations with my Latinx friends about the impact words have on us as children and later on as adults. We all agree that these color-shaming comments can affect a child’s self-esteem.

Most of us have wonderful memories of the normal day-to-day interactions within our Latinx households, memories of family, food and storytelling. But there are just as many memories about the way some family members speak to each other or about one another. For many these memories recall unpleasant nicknames or casual references related to skin color that have a lasting impact.

In our culture, color-shaming is rooted in the pigmentocracy that was introduced in Mexico with the arrival of conquerors and solidified a specific caste system by the Spaniards who were obsessed with classifying individuals based on the color-coded hierarchy of racial and ethnic mixing. More specifically, “pigmentocracy” describes societies in which wealth and social status are determined by skin color.

Some may argue this is superficial and no longer exists, but studies have been conducted that demonstrate that persons with lighter skin color tend to have higher levels of education than those with dark skin.  Pigmentocracy is very much a part of the United States and other industrialized nations and continues to play a role in how we, as a society, view individuals.

The issue of color-shaming is not unique to the Latinx community. During a recent conversation with an African American colleague, I mentioned how people in the Latinx community tend to equate beauty with light skin complexion and lighter eye color. She said, “I thought that only happened in our community.”

The “Queen of the Dark” has recently received a lot of news coverage touting how a dark-skinned woman has defied the odds by becoming a model. This coverage and title should be concerning to us all. Why should someone’s skin color deem them as more or less attractive?

Some would argue that there is no harm in complimenting a child based on their physical beauty. I agree, to some extent, but I think we could all do a better job of letting a child know they are beautiful based on their actions, such as being kind to others or working hard on an assignment.

The problem comes when we define beauty based on skin color and European characteristics, like blue or green eyes. Media images perpetuate this viewpoint, and recently, Latinx actors have challenged this myopic standard for beauty.

Dascha Polanco, from “Orange is the New Black,” shared the following in an interview with Vivala: “I was growing up and not thinking that I was good enough. I just thought, ‘Oh my God, if only I had lighter eyes. If only I had lighter hair. If only I was skinny. Oh my God, if I was a size 0, I know I would get more work. I could play an Italian right now! This is why you’re not getting a job.’”

I would like for us, in the Latinx and African American communities, to begin an honest dialogue that color-shaming exists and begin to do our own part to counteract these statements. My colleague shared with me that she observed this firsthand at church where there were two little African American girls, one light-skinned and one dark-skinned, giving presentations.

The pastor kept showering compliments on the light-skinned girl and ignored the other little girl. My colleague took it upon herself to approach the little girl who didn’t get acknowledged, to praise her and tell her how beautiful she was. This is a great example of how we can begin to undo these harmful, insensitive comments, and actively retrain ourselves to avoid defining beauty based on a concept that is driven by mainstream media images.

As active consumers, we need to demand that mainstream media recognize that beauty comes in all skin colors and begin to include individuals of all skin hues in magazines, movies and TV shows so that our children can see individuals that reflect our entire community.

Lastly, we need to make our voice heard. When we hear someone make a color-shaming statement we should address it, and let our children know that their worth is not based on a viewpoint that has been constructed by mainstream society (historically and presently) to legitimize a hierarchy in society based phenotype rather than actual talent or qualifications.

Ada M. Wilkinson-Lee is an Associate Professor in the Department of Mexican American Studies at the University of Arizona and is an Arizona native who grew up on the U.S.-Mexico border. She is a Tucson Public Voices Fellow with The OpEd Project.​