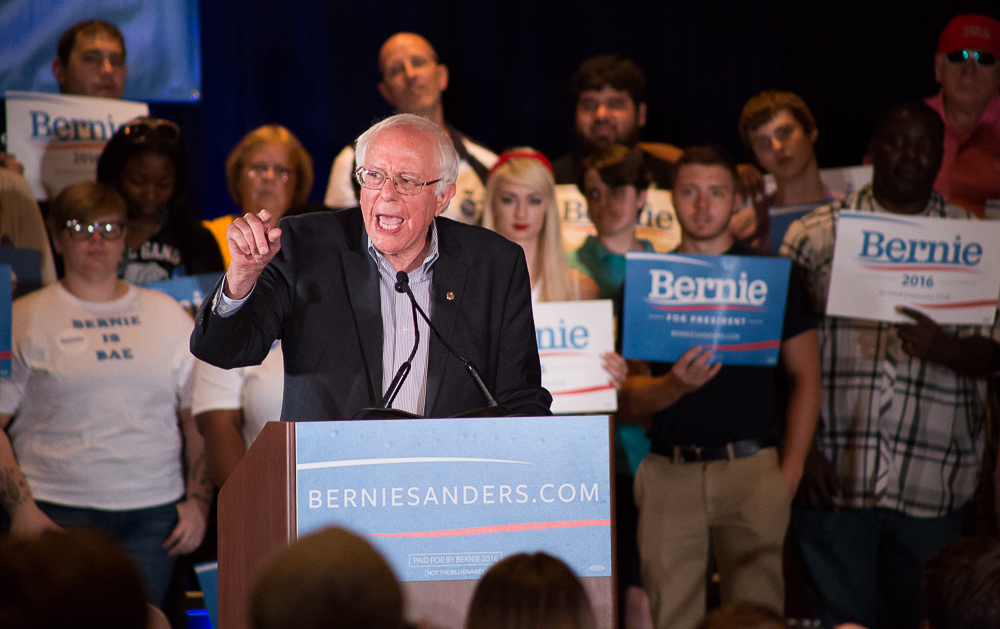 As the crowd chanted “Bernie! Bernie!” I felt a bit emotionally overwhelmed.

Watching Bernie Sanders rail against income inequality and the influence of Wall Street on American politics at the Dallas Sheraton Hotel was the culmination of a six-year process for me.

I first learned about Sanders when I was 17 when he was interviewed by Michael Moore for the film “Capitalism: A Love Story.” Sanders was asked about the collapse of the housing market and the bailout of American banks that were deemed in 2008 to be “too big to fail.”His responses were reasonable, even though he told them through an angry Bostonian accent.

Now, I’m 23 years old and a “recent” college graduate. Growing up, the lesson always was that if I worked hard in school and finished it, there would be a golden ticket to my dream job waiting for me as I crossed the stage at my commencement ceremony. But I don’t have a full-time occupation or really a clear path to financial stability.

This is perhaps the most important reason why Sanders is a candidate that appeals on almost every level to my generation. Even though, we tend to be more optimistic about our financial futures, we didn’t fall for that American Dream trap.

We know that the old economy is shot, and we know that taking on a mortgage is maybe the dumbest thing we can do. We have student debt. The cost of living increases on a yearly basis. What can we do?

“I believe that we should raise the minimum wage to a living wage, which is 15 bucks an hour,” Sanders said, as the crowd erupted in cheers. “I do not believe that it is a radical idea, a socialistic idea, to say that if somebody works 40 hours a week that person should not be living in poverty.”

It’s so simple. That’s where Sanders gets us. He also favors student loan debt relief and single-payer universal healthcare. On top of that, Sanders’ social views are much more inclusive of the LGBT community and recreational drug use.

As the Atlantic pointed out last year, we millennials are a bit conflicted on issues of wealth redistribution and government size, but our liberal half does favor higher taxes and a more active federal government.

Most of Sanders’ ideas and plans, if not all, are going to require just that. Ultimately, I am of the opinion that millennials’ generally inclusive views of American life are going to win out and they’ll translate into support for the long overdue economic empowerment of the working class.

A person in better financial standing is more likely to send their kids to higher education. People with a higher level of education are statistically more likely to vote and a higher voter turnout means more people technically petitioning their government for a better life.

It’s extremely unlikely that Sanders will be the candidate to instill these kinds of fundamental changes, but he’s doing one heck of a job of at least giving these ideas some fervor in the election cycle.

Whether you #FeelTheBern or not, you have to admit that 15 bucks an hour sounds pretty sweet.

Obed Manuel is a freelance writer and managing editor of Latina Lista  — and still waiting for Latina Lista to exit from start-up phase so he can be on a “clear path to financial stability.”