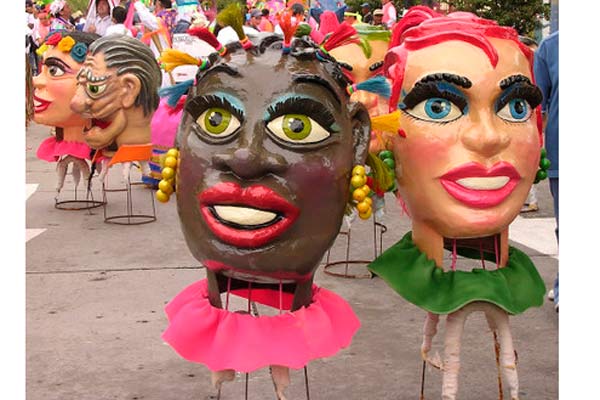 At least seven Afro-Colombians have been shot in Colombia’s capital Bogota this year. According to community members, these are homicides incited by racism. The assassins of the last two victims — dancers dedicated to highlighting the Afro-Colombian culture in the south of the city — shot them from a motorcycle while saying, “We need to finish off these Negroes!”

Afro-Colombians and indigenous peoples — Colombia’s two largest ethnic minorities — make up 14 percent of the total population. Illiteracy and infant mortality rates are significantly higher for them than for the rest of the population. Their poverty and unemployment rates are also substantially higher.

Some dismiss this evidence of racism by arguing that instead the hardships are caused by the geography of the places where most Afro-Colombian and indigenous peoples live. Race, some argue, has nothing to do with it.

But there is plenty of evidence of prejudice: ethnic minorities suffer employment, leadership, and social discrimination that cannot be explained by other factors. A 2013 study found that in Bogota, skin color is the factor that most influenced the probability of being called for a job interview after submitting a job application.

Several ethnic organizations, scholars, and activists are working hard to advance the rights of ethnic minorities. Although their struggle has scored significant gains, such as an antidiscrimination law enacted in 2011, racial inequality is still not widely discussed in Colombia.

The need for more public debate about racism is illustrated by the statements that elected officials still make about ethnic minorities.

In 2012, a member of Bogota’s legislative body, the Council, asked that attendance to the debates should be restricted because they were becoming “a feast of negroes.” In the same year, a legislator of the Department of Antioquia declared that investing resources in the region of Chocó, inhabited mostly by ethnic minorities, was “a waste of time,” suggesting that there is no way to help this region overcome its high poverty rates.

The most recent example comes from the declarations of Senator Paloma Valencia over Twitter this past March. In Cauca, a region in Western Colombia, indigenous communities have been protesting against the government’s failure to give them ancestral land that they consider theirs, based on previous agreements with the government.

Valencia’s solution was to “propose a referendum for dividing the Cauca department into two. One indigenous department and one for the mestizos [mixed race].” She later explained that people would decide if the country should have “one indigenous [department], so that they can do their stoppages, protests and invasions, and one with a vocation for development, where we can have roads, where investment is promoted and where there are decent jobs for the Caucanos”.

Endorsing Valencia, Ernesto Yamhure, a conservative political analyst currently exiled in the U.S., tweeted, “The Indians can claim land in Cauca and we should claim that we gave them clothes and bathed them.” Perhaps even more astonishing than Yamuhre’s thoughts is his belief that he could actually express them in public to help Senator Valencia and her party. It is quite telling that someone who was an opinion writer in one of Colombia’s leading newspaper for eleven years believes that such a statement can actually boost public opinion of a proposal.

While many critiqued Valencia and Yamuhre in both traditional and social media, this incident demonstrates that many — including elected officials — are still unwilling to acknowledge racism.

Just like in the United States, we can’t pretend to be in the era of color blindness when color drives the quality of education for children; the ability to receive proper medical care; the likelihood to land a job, receive a pay raise or serve in a national leadership position; the freedom to party at a night club; or even the probability of being shot.

The country needs to discuss race and racism and create awareness. It needs to support social movements that promote minorities’ rights. And, as researcher Cesar Gavarito has argued, it needs to devise policies that create the right incentives, such as affirmative action and fines for racial discrimination in the workplace.

How else can Colombia hope to achieve racial equality?

Ana Arjona is Assistant Professor of Political Science at Northwestern University and a fellow with The OpEd Project’s Public Voices.