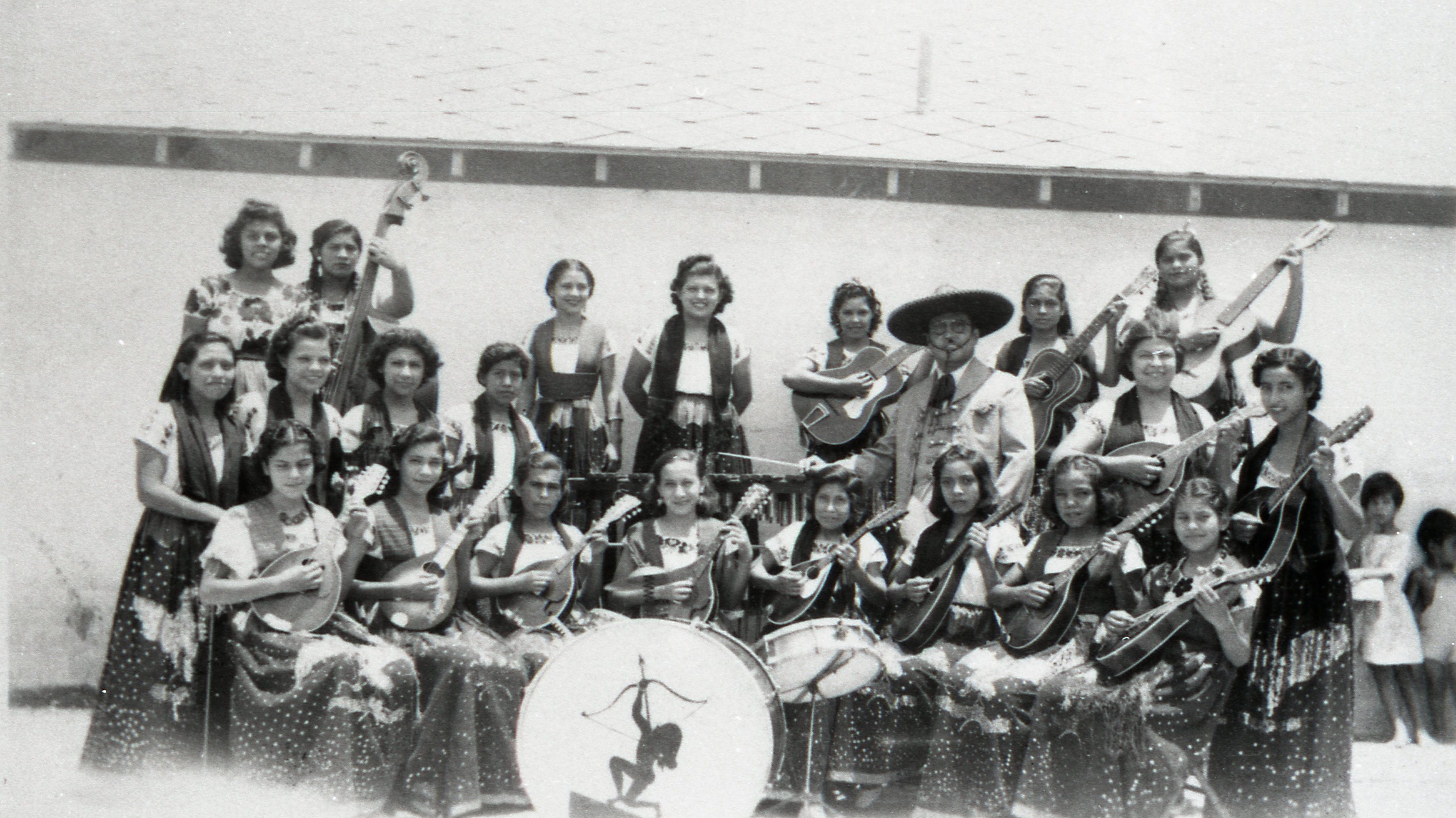 MEXICO CITY — My birthday gift, when I turned ten, was a ticket to the Houston Fat Stock Show & Rodeo at the Coliseum. Kids lined up by the hundreds for an autographed picture from the rodeo’s stars, the Cisco Kid and sidekick Pancho. The year was 1954.

The television western with Duncan Renaldo and Leo Carrillo was the first TV series filmed in color (1950-56). When my turn came, I asked Carrillo if he knew my uncle. Who might that be? he asked. Antonio Bañuelos, I told him.

“Ohh, Ceesco,” he burst out to Renaldo, the same way he did at the end of each weekly episode. “He’s related to Antonio Bañuelos.”

On October 30, Houston’s suburb Baytown remembered its relationship with my uncle, where he taught in the 1930s and ’40s. The Goose Creek school district dedicated the Dr. Antonio Bañuelos elementary school. He was, in his time, a personality who inspired the region with his moto, “The richest child is born poor without a musical education.”

There’s a long story to tell about Antonio Bañuelos, who was already legendary in other places before arriving in Houston. He became a member of the Symphony Orchestra, then directed by Ernst Hoffman. In 1935, Bañuelos also taught Baytown’s Humble Oil and Refining Company employees’ children. He then formed the all-girl Orchestra Típica Mexicana and the all-boy Baytown Mexican School Band after the school district hired him.

Parents of the 30 female orchestra members had to scrape together money during the Depression to buy their children’s instruments. For those who couldn’t, Bañuelos paid for them himself.

To compensate for their frequent class absences, orchestra members had to maintain a high grade average. The Baytown Mexican School Band, which specialized in traditional Latin and popular music, did too to keep up a schedule that included radio performances.

During World War II, the bands often played between the refinery’s work shifts, encouraging workers to buy war bonds. They also played for servicemen in veterans hospitals. Bañuelos organized youth orchestras and bands at Rusk Settlement in Houston’s East End, as well. And he composed and performed marches for local organizations, like the one for the city’s Club Mexico Bello.

The Orchestra Tipica played throughout Texas in the ‘40s and toured New Mexico, Arizona and California, once opening for Ray Anthony’s big band. Tipica orchestras, emphasizing violins, mandolin, other strings and marimba, combined classical and popular virtuosity. It was a forerunner in popularity of mariachi bands, which are heavy on stings and wind instruments.

The tipica tradition in Mexico City still continues to this day. The world-renown Orchesta Tipica de México celebrates its 130th anniversary this year.

After Baytown, Bañuelos went to Los Angeles, where he had been previously a member of the symphony orchestra there and associated with the movie industry, before joining the New York Philharmonic Orchestra, then going to Houston and marrying my aunt Luz María.

In the late 1940’s and early ‘50s, he recorded some of his own compositions and arranged music in Los Angeles for such greats as Tommy and Jimmy Dorsey and Bing Crosby.

He continued organizing community bands and orchestras the way he had in Texas, now from Our Lady of Talpa Church. His groups performed and competed, gaining wide praise and prizes, including one year’s competition in the Rose Bowl Parade when they beat out the Marine Corps Marching Band. The redemptive quality of music even led Bañuelos to form an all-nun marching band.

Just as the Cisco Kid and Pancho came to life through color television and the rodeo, so too the good people of Baytown have brought back to life again the inspiration Antonio Bañuelos once brought us.

Featured Photo: The all-girl Tipica Orquesta Mexicana played throughout the Southwest in the 1940s under the direction of Dr. Antonio Bañuelos.

Author and writer José de la Isla’s next book is Ashes in the River, appears in early 2015. He was for a decade a Washington, D.C.-based syndicated columnist. He can be reached at joseisla3@yahoo.com.