Latina Lista: News from the Latinx perspective > Columns & Features > Guest Voz > Guest Voz: It is time for the EPA to step up protection of farmworkers

Guest Voz: It is time for the EPA to step up protection of farmworkers 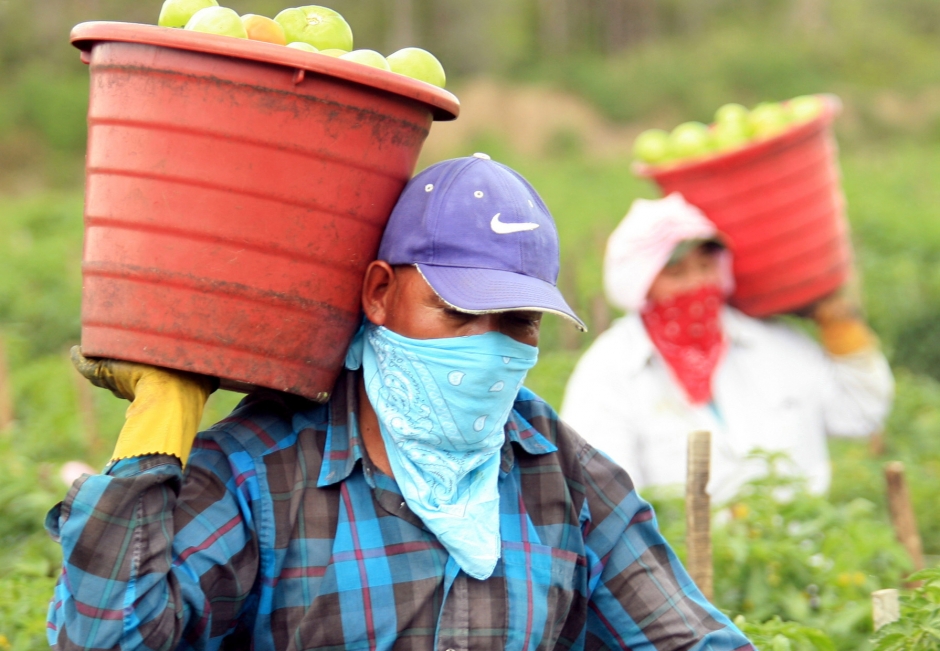 These are questions Cesar E. Chavez once asked us to consider.

The revered labor and civil rights leader appealed to our humanity and social conscience, urging us to empathize with the farmworkers who toil in our nation’s farm fields and collectively reject the injustices these workers face.

He called on us to boycott table grapes, in solidarity with the plight of Filipino and Mexican-American farmworkers who were striking not just for a minimum wage but for an end to the use of toxic pesticides that were poisoning workers and children. In the summer of 1988, Cesar led a 36-day fast to protest the use of pesticides that were linked to cancers and birth defects in farming communities.

A fight he started almost 50 years ago continues to this day, a reflection on the failure of our national policies to adequately protect those who are at the frontlines of on-the-job exposure to hazardous chemicals.

An estimated 5.1 billion pounds of pesticide are applied to crops annually in the United States, threatening the health of farmworkers and their families. Regular exposure to pesticides over time causes chronic, debilitating health problems.

Farmworkers experience symptoms including rashes, blisters, nausea, and stinging in the eyes, as well as far more serious health impacts such as infertility, birth defects, and neurological disorders.

Farmworker Mily Trevino-Sauceda was working on a citrus farm in Blythe, California, when an overhead plane sprayed the fields and all the workers in it, with toxic pesticides. One of her fellow farmworkers, an expectant mother, was rushed to the hospital. The baby survived, but the mother lost her life that day.

Reina Lemus de Zelaya didn’t realize the harms of pesticides during her time working the fields of Florida. She had yet to hear the stories of rashes, stinging eyes, blisters, nausea, headaches, respiratory problems, asphyxia, and even death that so many farmworkers routinely share.

So she worked the fields through all stages of her pregnancy and even brought her baby daughter to work, keeping her in a stroller by her side. Her daughter, unlike Reina’s other children, suffers from asthma, illness, and learning disabilities.

These stories from California and Florida echo the conditions I witnessed in labor camps in North Carolina, where I encountered farmworkers with rashes and sores on their hands and toes, working and living in conditions comparable to the developing world.

This is the alarming reality facing farmworkers around the nation who toil in America’s nurseries, greenhouses and agricultural fields. The federal government estimates that there are 10,000-20,000 acute pesticide poisonings among workers in the agricultural industry annually.

But in spite of those health threats, the Environmental Protection Agency (EPA) has not updated the agricultural worker safety standards for more than 20 years. The existing standards under the Federal Insecticide, Fungicide, and Rodenticide Act (FIFRA) that covers farmworkers are woefully inadequate, and far more lenient than Occupational Safety and Health Administration (OSHA) rules that currently protect other workers.

The time has come for the EPA to strengthen its standards and improve protections for farmworkers.

Participating farmworkers are calling on their legislators to strengthen standards so that agricultural workers and pesticide handlers are regularly provided with more information about the health risks associated with exposure to specific pesticides, noting that successful farmworker training programs currently underway in California could be replicated on a national basis to support improved health outcomes.

The coalition is also calling on the EPA to require safety precautions and protective equipment limiting farmworkers’ contact with pesticides as well as medical monitoring of workers who handle neurotoxic pesticides.

The EPA’s continued neglect of farmworker protections is unacceptable.

Farmworkers and their allies are calling for sensible and obtainable changes to the Worker Protection Standard and the people that play an essential role in our daily sustenance deserve nothing less.

As Cesar once did, we must ask ourselves, “Do we carry in our hearts the sufferings of farm workers and their children? Do we feel their pain deeply enough?”

As a nation, our policies speak for themselves. We can stand with farmworkers and their children as they confront this toxic menace or continue to enable injustice with inaction.

We can and must do better.

Hector Sanchez is executive director of the Labor Council for Latin American Advancement (LCLAA) in Washington, DC. Along with Earthjustice and farmworker advocates, LCLAA is advocating for changes to the EPA standards protecting farmworkers.