Guest Voz: Many in Latin America no entiende U.S.’s hang-ups about gender roles 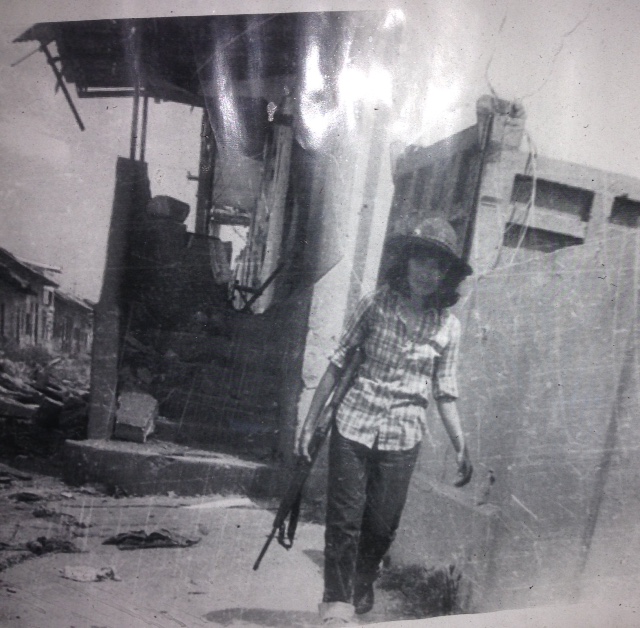 NICARAGUA — I’m in a shared taxi in Nicaragua. Next to me is a matronly lady. Up front, sit our middle-aged driver and another man in his 60s. I broach the subject of same-sex marriages. The male passenger says his religion tells him it’s not right. The driver retorts he doesn’t care what the church instructs. Then, he describes how he feels taking off a woman’s clothes. “But if I were to undress him?” he laughs, pointing to the senior next to him. “That’s another story.”

Beyond the quips, I find Nicaraguans are quite open about gender roles and identity. While many people stateside associate Latin America with machismo, I see Nicaragua as an example of equal opportunity.

Case in point
Violeta Chamorro was elected President of Nicaragua from 1990 to 1997. She was the first female in the Americas to be Commander-in-Chief for that long a period. Furthermore, from 1979-1980, she was part of the country’s first Junta regime, sharing the leadership role with four males.

In 2016, The United States can’t even elect a female President, despite her qualifications and her winning the popular vote. At the same time in the great U.S. of A., women earn about 2/3 of what their male counterparts get paid.

Equal Opportunity
Jose is a 58-year-old who works on a coffee plantation in Nicaragua. “Here, you are paid based on your capability. Male, female. Black or white. Many women work better than men.”

His 20-year-old daughter, Lisa, thinks it’s normal for a woman to be President. “It doesn’t seem odd to me … that a woman can take all the power. We are living in a time where we women are capable of thinking, acting and proposing ideas that will be fundamental for a country to prosper.”

Her dad takes it a step further. He thinks women are better leaders than men because they are better thinkers, and have a sense of responsibility. “We were really happy thinking that Hillary Clinton was going to win,” he says about the stateside elections that took place a few days after Nicaragua’s.

Lisa can’t understand why a woman couldn’t be president, or why she couldn’t earn the same as a man. She doesn’t think her parents ever felt differently. But, her dad is remembers the past.

“There was a lack of respect. You have to work hard for change. There must be laws that protect equality and opportunities for all,” he adds. Men can no longer go around thinking that they must be “useful” while the woman serves a man he says. “Women need to value themselves.”

Changing Social Mores
Respect carries over to sexual identity and orientation. Maybe there’s still a split in terms of complete acceptance of gay or transgender people, but I see a very open LGBT community. Jose notes that laws were passed in 2014 to outlaw discrimination against the LGBT community. Jose likes what Pope Francis said, “Who am I to judge them?” “Everyone has their own positive attributes,” says Jose.

Marcelo lives in Leon. A former revolutionary, he is a fervent Sandinista (FSLN). According to Marcelo, the revolution was critical in changing society’s mores. During the Somoza era, gays were imprisoned, he says. Men and women had more “traditional” roles. Guerrilleras were active in the revolution. Some took leadership roles in the FSLN. Now, women can have any career they choose, he says.

Marcelo introduces me to Luisa, a mother of two desaparecidos (disappeared ones). She tacitly helped the revolution by allowing arms to be stored at her home. “Without the help of the women, there wouldn’t have been a revolution,” she claims. Her sons were 19 and 20 when they disappeared.

Cas is a 20-something Nicaraguan who was in the U.S. military, so he is bi-cultural. He says in the U.S., everyone tries to be politically correct. Prejudices can be repressed and when there’s an opportunity for them to be released, they can explode. He thinks Nicaraguans have a much more laid back approach. People may say things a bit off-color. But no harm is meant, and they let it go. No bad feelings. Everyone’s respected.

In the meantime, only time will tell how our mores will continue to change in the U. S. and Latin America.