Direct forms of political control are easy to figure out. For a time, laws and police agencies can keep things together. However, most institutions and societies depend on social control to deceive people into thinking that they live in a democracy. They use processes that socialize them into believing that those in control have moral authority. 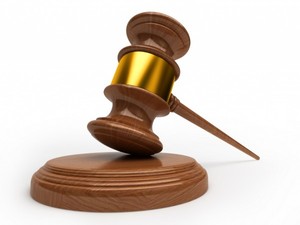 Belief systems exert a greater control on behavior than laws. For example, religion maintains control through laws. Nevertheless, institutions such as the Catholic Church maintain control more through their moral authority than their laws. A society does not stay together for a long period of time through the use of coercive powers alone.

Historical events such as the Black Plague in the first part of the 14th Century shook the Church’s moral authority and two centuries later the Protestant Revolt ended the hegemony of Catholicism in Europe. No one can predict what effect the Church’s pedophile scandal will have. One thing for sure is that the scandal has reduced the moral authority of the Church Fathers and their interpretation of what God wants.

In the similar vein, government has suffered a loss of moral authority. This is good and bad; one thing is for sure — it is leading to a divided society. Although the number of southern states passing anti-immigrant laws has grown to over a half dozen and they are flushed with emotion, it must be remembered that California and New York alone dwarf the population numbers and wealth of the red states.

Much has been written about the growth of the Latino population and its voting power. But truth be told, Latinos are growing increasingly disaffected with government and most are cynical about its fairness.

The institution that has taken the hardest hit in the past dozen years is the Supreme Court.

To put things in perspective: when I was growing up we understood that Mexico had problems, which was obvious because we were here. My relatives talked about the political and moral corruption of the Mexican government and uttered sighs of relief that we lived in the United States.

There was racism and inequality. Yet in comparison to what was happening in Mexico or what we thought was happening there, U.S. institutions appeared to be free of corruption. This was true as long as we did not read the newspapers – the radio did not carry that kind of news.

Even when it came to the sex lives of elected officials, we believed that the Mexicans were the only ones who cheated on their wives.

That is not true today. The lives of our elected officials are soap operas. The affairs of past Mexican presidents are boring in comparison to the Anglo-American versions.

My grandfather, more cynical than the rest of the family, would often correct us about our misconceptions. He would say that the gringos always did things on a grander scale. They did not take small bribes. It was only the public officials at the bottom who were regulated.

What we did not know was that what those on the top stole affected us; we just did not see it. We lived in another universe.

Thanks to cable news or better still, cable opinion, we know corruption is ubiquitous – it is at the federal, state and local levels. So much so that it seems as if all elected officials are corrupt. I would not call them whores because I don’t want to give the word a bad name.

You look at the Republican and a majority of the Democrats in Congress and they are bought – pure and simple. The entire state of Arizona has been purchased. Lady Justice is dead.

Talking to my students in general they are cynical about the courts. It was once evident that justice depended on the size of your wallet. The rich could hire rich attorneys and get away with murder. The poor especially if they were minorities were left at the whim of the court.

The Supreme Court is currently listening to arguments in Arizona’s anti-immigrant legislation. If the Court rules for Arizona the decision will give legs to every racist legislator in the nation who will repeat that it (racism) is the law of the land.

They can say whatever they want but that does not make it right or less corrupt. Only the most naive and ill-informed person would make the case that Justices Samuel A. Alito, Clarence Thomas, Antonin Scalia, and John Roberts are not corrupt. Well documented articles prove the same. Thomas and Scalia have family members who are feeding at the corporate trough.

I do not want to call these justices partisan – it would be giving partisanship a bad name.
Frankly, we are not going to be able to do much about Gore v. Bush (2000) that gave George W. the presidency. At the time we shrugged our shoulders and the Democrats rolled over. In Citizens United (2010), the Court delivered the presidency to corporate interests.

Now healthcare will probably be dismantled and the anti-immigrant legislation will be upheld. Racism will be legal in the United States.

When and if this happens the moral authority of the Court will be irreparable. The Supreme Court might as well be honest and set up shop on K Street.

I don’t want to sound cynical but the worst thing that could happen to you when I was growing up was que te vieran la cara de pendejo (literally meaning that they took you for a fool or a punk).

Six degrees of separation is the notion that everyone on earth is on average approximately six steps away from any other person. If this is so, we should accept that only one degree separates our justices from the Mexican border guard and his grubby mordida (kickback).

Who does more damage to democracy?

corruption, democracy, featured, moral authority, Supreme Court
Previous Post Chasing Down a Better Way to Run: Learning How and Why We Run
Next PostFilmmaker says it's disrespectful to attribute the end of the world to the Mayans

Chasing Down a Better Way to Run: Learning How and Why We Run
1 Comment
Filmmaker says it's disrespectful to attribute the end of the world to the Mayans