Guest Voz: Personal culture creates tapestry of American Identity that not everyone likes 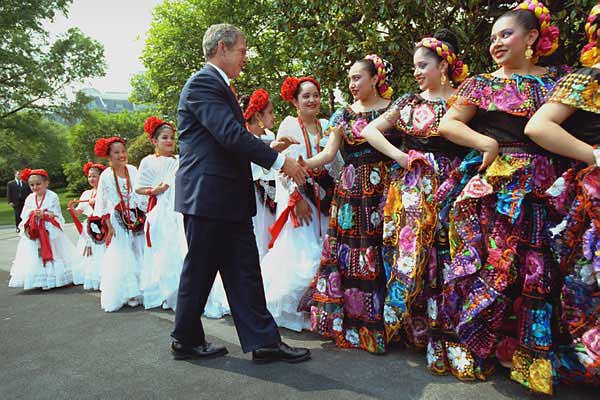 Being a son of an immigrant and displaced in a country that has forsaken my people, it is almost taboo to indulge in the beauties of my culture that paint the identity of my fellow Latinos. We celebrate culture in a fashion where music, clothing, food, and some good alcohol helps bring together individuals from all facets of life.

These celebrations have now been commodified in America such as Cinco De Mayo, but nonetheless it is celebrated by everyone who is willing to participate. To have a false holiday in the United States where it allows such a celebration to happen is amazing in itself because we are granted that opportunity to have an entire festival used by public and private donations to help fabricate a culturally significant celebration.

As I have grown, there seems to be a distancing from those who celebrate culture and those who look down on these practices brought over from countries far and wide.

Being Mexicano in 2016 it is taking a political stance by being who you are with these false claims of Mexicans by being rapists and murders. This is not a fabrication because the more you tend to fight reality, the more you begin to lose based on the clear facts and documentation of people being brutally harassed because of their identity. Culture, complexion, and political stance suddenly became a blend to help others stamp who you are. Yet these identifiers are completely separate entities to help distinguish the complexity of a human being.

It is strange to believe that within culture when it is supposed to be celebrated, we fall into the realm of politics and then are shunned away because of our self-love.

It is a fear of difference that is overwhelming and continues to manifest itself is true hatred of difference. The irony is, that for a country to succeed, there must be outside influences to help reinvigorate innovation, and culture comes with people. It is a beautiful sight to see these celebrations but the more and more tensions that are caught on camera based off appearance and cultural differences, you realize it’s unwelcomed.

However, does culture need to be celebrated and do you have to remind yourself of what your cultural identity is?

This is what we call the American Identity crisis because no matter what, to understand oneself, the past must be connected to what you somewhat feel whole. When I walk into my house, it is almost like a museum with paintings of fellow Latinos here in the Bay Area, sculptures of jaguars, and plates with the Aztec Calendar etched onto it.

We have to constantly remind ourselves of who we are and once someone truly understand where they come from and have seen the places of their forefathers, which so many don’t have the luxury to do so, they solve the problem of identity.

On the other hand, when talking to my primos and tíos from Mexico City, they wake up knowing they are Mexican. They have a love for European Art not because of the fact they are assimilating to European Culture, it is because they simply like it.

This idea confused me in the United States because we have to prove our existence and worth by representing what our culture is and where we come from by wearing our native flag on our shirts to having festivals. Yet oddly enough, to help remind us of who we are and to succeed in the United States, we have to stop ourselves from showing too much of these cultural values.

We remember who we are through nostalgia, it is expressed in the food that is particular to your native country. The spices and herbs put you in a state of mind to feel something that is so far, yet so familiar. When culture is real, it’s familiar. It sings to you as you reminisce on the legends and stories that have been passed down for generations.

By separating culture as it’s own entity is only meant to be celebrated and for your own indulgence in your household, it dilutes these absurd and fantastical assumptions of where you stand politically or even who you are as an individual.

We steer away from stereotypes that often flip these cultural identifiers into insults. I don’t believe that we will ever be rid of this fear of difference or the hatred of another person, but we can learn how to work with difference even if you don’t necessarily agree with the other person or how they represent themselves.

It is at the table now for discussion in how to deal with these cultural differences but no matter what the end result is, culture is for your personal use to indulge in.

Once these ideas are understood and spread to the PUBLIC who are swayed and swindled by the media, the States might be okay.

I talk as a son of an immigrant living in the United States, but maybe these worries of self-identity mean nothing, even to my parents and my parent’s parents, because they know who they are. They know the significance of their culture, something that many do not have. Might be a petty complaint that has manifested into action.

Reality is an individual concept, not an overhanging truth.

Leonardo Huerta explores the Latino consciousness and culture in the United States.