Guest Voz: Treat Latinos, and all voters, with respect to boost turnout 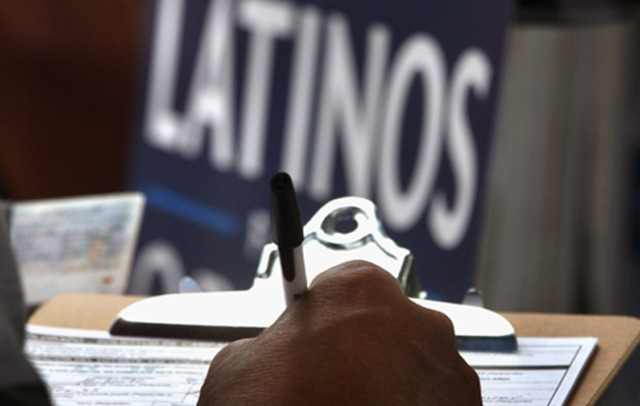 Since Leticia Van de Putte lost to Ivy Taylor in the runoff election for mayor of San Antonio, much has been written about what it means. Blame is the theme that’s emerged, and most of it is being laid at the feet of Latino voters.

If we’re not part of the plan to win or part of the engagement strategy, then, no, we’re not to blame for the fact that you came home and dinner wasn’t waiting for you on the table.

Stop taking us for granted.

Here are five tips for politicians, pundits, reporters, editorial boards and political consultants who are scratching their heads about what happened:

Respect: Stop implying that Latinos are too lazy and disinterested to vote.

If you can hold down more than one job without a car, while raising a family, no one has the right or privilege to call you lazy. Even if you don’t vote.

So start with respect. Not just for Latinos, but all voters and nonvoters.

The organization I work for, the Texas Organizing Project, spends more time talking to Latino nonvoters than anyone in Texas. The first thing we ask any voter is which issues are important to them. We then connect those issues to the election.

From making neighborhoods stronger and safer, to improving public schools and keeping them open, to fixing our broken immigration system and keeping families together, very few candidates or elected leaders take the time to ask voters and nonvoters what’s important to them. When they do, not only can problems be understood, but solutions can be developed together.

It’s why we organize year-round.

Lean into economic and racial justice issues. Economics and race are at the core of some of our biggest problems.

From the inequitable funding for Texas’ public schools to the negative rhetoric and imagery used to talk about immigration and the Texas-Mexico border to the uneven use of force by police in communities of color, all are symptoms of economic and racial injustice.

These conversations can be painful, but if we ignore them, we perpetuate the status quo.

Make Latinos part of the solution.

When problems are being discussed and solutions are being developed that affect us, welcome us to the table. This leads to trust, which gets to the root cause of voter apathy.

The thing about trust is that it’s not just hard to earn. It’s hard to keep. So don’t stop at asking Latinos which issues are important to us, invite us to be part of the solution. We’ll get a deeper understanding and appreciation for the hard work of governing, and you’ll get an ally.

It’s not just about Latinos.

We’re all in this together. It’s easy to look at voter data and say that Latinos don’t vote, but the reality is that Texans as a whole don’t, either.

That result is reflected in the out-of-whack public policy priorities that the Texas Legislature debated and enacted into bills that Gov. Greg Abbott signed into law across the state.

Open carry and the $800 million for Abbott’s and Dan Patrick’s border surge will do nothing to help the almost 1 in 5 Texans who live below the poverty line, or the 1.5 million people who can’t go to the doctor because Texas won’t expand Medicaid.

In spite of the misplaced priorities and leadership of our governor and lieutenant governor, I’m sustained by the farmworker chant of “¡Sí se puede!” or “Yes, we can!” because when you’re organizing in Texas, you can only go up.