Latina Lista: News from the Latinx perspective > Columns & Features > Guest Voz > Guest Voz: The Use of “Illegal” in Academia: An Unscholarly Approach

Guest Voz: The Use of “Illegal” in Academia: An Unscholarly Approach 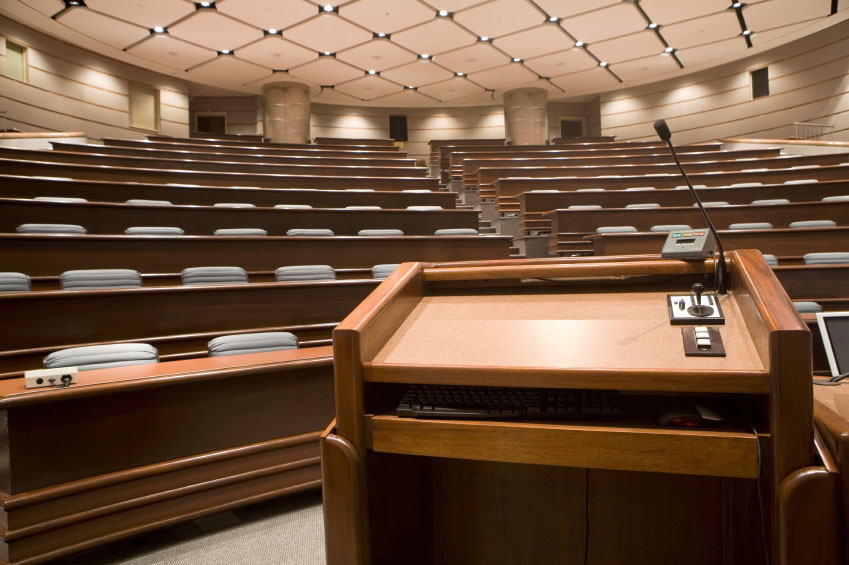 It seemed like yesterday when I arrived in London ready to begin the academic year in a weather that was surprisingly warmer than I expected. I was eager to develop the ability to look at an issue so personal to me in a new way so that I could contribute to an intelligent debate about migration. I was hungry for facts, theories, philosophical and legal frameworks to help steer a conversation in a more meaningful and productive way.

I had gotten tired of the pervasive rhetoric that plagues most public debates, especially those we have seen on immigration policy in the United States and United Kingdom. I had shared my personal story of deportation over year ago hoping to convince others to get past the black and white view of immigrants lacking a legal status; one in which you are either judged as an illegal that deserved to be expelled from a country or deemed a traitor who had abandoned her country of citizenship. However, articles that would include my personal account were bombarded with hundreds of comments like those below that in some shape or form vilified us:

‘…Most people here in the US see you ‘as a problem’ and you’re ‘stigmatized’. You’re the illegal alien. Your parents had no respect for our laws and borders and they and you are resented for that here’ –UT San Diego reader (September 15, 2013)

‘…Although the humanistic factor never dies… we should care less for those that decided to flee our country [Mexico] and believed they could live outside the laws of such countries that deports them… for breaking the law’. (translated from Spanish) – Frontera (September 6, 2013)

‘…as far as you and your family goes ,you got what was coming to you. your family did not know this could happen when your parents willingly broke the law by overstaying their visa ,or crossing the border illegaly? didnt your parents know that maybe someday you had to go back to mexico because they condemn to a life in the shadows by dragging you with them to commit an illegal act?…’ – Colorlines reader (August 14, 2013)

‘Is the United States……NUTS……????????? Stop this nonsense & please [call] them illegals, not undocumented. They broke a law & should not be rewarded. There are lots of people waiting in line legally that deserve the right to come to the US’. – New York Times reader (May 8, 2013)

‘…speaking as a liberal progressive these deportees need to stay put, no second chance. There are far too many other people in other parts of the world that have been waiting for a green card for years. They should take priority over a deported illegal’. – New York Times reader (May 8, 2013)

‘My sympathy is limited by the fact that these people were deported because they were in the country illegally. They should get in line with the millions of others that are waiting and hoping, following the legal path’. HuffingtonPost reader (April 24, 213)

‘The USA, if it is a sovereign nation, chooses who to allow in, when, and how many. The illegal aliens do not get to decide these things, though that is the way it appears to have been working since the seventies’. – AlterNet Reader (September 9, 2012)

I began to get used to the negative views, even anticipating comments as expressed by most individuals who rarely engaged in an open dialogue about how someone like me could find herself in circumstances of “illegality.” Often times, the other side of the story is overlooked, that which involves systems, including economical, social, and political frameworks that also create situations of “illegality” for millions. Does critical thinking on this matter not call upon us to question if such laws embody the principles of fairness and dignity which have been deemed as the foundation of most liberal democracies? This is what I expected entering into the academic setting, and anticipated a change on how immigrants are talked about.

Surprisingly, the academia is not immune to the biases of those that lack an in-depth understanding of the issue. Particularly here in London, I often hear a professor in class or a researcher in a public lecture use the word illegal. In completing the readings I am assigned in my courses, I discover that the most common used label used by scholars to describe the experience and conditions of undocumented immigrants is illegal. I find it quite odd to witness the use of this term, especially when the objective of these “scholarly” debates is to humanize the experience of migrant communities.

Despite the polarized debate about immigration in the United States, I am thankful for advocacy groups that demand for a shifting view of migrants as seen in the “Drop the I-word” campaigns. Their success has reached tangible results with media publications like the Associated Press dropping the use of the illegal immigrant label recognizing its lack of objectivity. This year, the campaign also reached the academic arena, including the UCLA and UC Berkeley campuses when their student governments passed a resolution to ban the use of the term they declared to be ‘racially derogatory, offensive and unfair’. To what extent will this translate to scholars adopting this position? Will academia oppose such efforts and view them as too liberal?

The Ryerson University’s Centre for Immigration and Settlement recently released a report which also calls for a responsible approach to describing undocumented migrants. The report argues for the adoption of a new term striking a middle ground in the debate: ‘Illegalized immigrant’. The merit of the argument is that it acknowledges the power of language, on how it is used as a tool to elicit emotional responses from individuals which then translate into behavior in communities and institutions that engage with immigrants. The position of these scholars on the use of the term ‘illegal’ to label a group of people is that it is de-humanizing and the consequences can be evidenced in the hostile environments they live in. There is also recognition of a process of “illegalization” by factors like stringent immigration policies that play a role in the legal status of migrants. As someone who lived most of her life without documentation, I agree.

In a world that has constantly changed territorial boundaries and one that will continue to experience an inevitable increase in human mobility, it is only for the un-critical minds that resort to the use of the term illegal. For those seeking to research and further their understanding of immigrants from a human rights context, it becomes our responsibility to use terminology that is sensitive to the communities being studied. Language that blames migrants for the legal status they hold has no place in academia. Even at the international level, there is recognition of this principle and human rights law instruments coming from international bodies like the United Nations refer to migrants lacking a legal status as “irregular”, NOT “illegal”. If we hope to change the conversation around migration, this change needs to happen in our day-to-day conversations with others, in the written scholarly work we publish, and even in the comments we leave at the end of an article.

Click here for more on the “Drop the I-word” campaign:

Some organizations in UK and Europe involved in similar efforts:

No One is Illegal – UK

No One Is Illegal Network – Sweden