Latina Lista: News from the Latinx perspective > Columns & Features > Guest Voz > Guest Voz: Which way Florida Latinos swing in November depends on which candidate is the most economically fair

Guest Voz: Which way Florida Latinos swing in November depends on which candidate is the most economically fair

The 2012 presidential race is less a contest between two men than it is a choice between two very different versions of the American Dream. 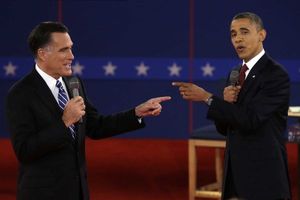 President Barack Obama emphasizes a strong middle class through expanded access to education, health care, a secure retirement, and good-paying jobs. In contrast, Gov. Mitt Romney and his running mate, Rep. Paul Ryan (R-WI), advocate a plan based on the theory that tax cuts and special rules for the richest Americans will produce benefits that trickle-down to the rest of us.

This deep difference of philosophies helps to explain why the Latino community is more inclined to support President Obama, which, according to a recent Impremedia/Latino Decisions poll, puts his national Latino support at 67 percent over Gov. Romney’s 23 percent.

Similarly, according to a new poll by Florida International University/Miami Herald/El Nuevo Herald, over half of Florida’s Latinos back Obama while 44 percent prefer Gov. Romney, and 4.7 percent are still undecided. Clearly, Latinos in Florida will be a deciding factor in this year’s elections and they have all the reason to be.

A new report from the Center for American Progress Action Fund calculates the cost to all Floridians, including Latinos, of the Romney-Ryan budget plan and helps illuminate the differences between the candidates’ philosophies.

The inescapable math of the Romney-Ryan plan means $2,000 in higher taxes for working families. It means increased healthcare costs, including the loss of guaranteed coverage for prenatal and post-natal care. And Gov. Romney proposes deep cuts to public education from Head Start to community college funding, as well as drastically reducing Pell grants that make college more affordable for students and their families.

Under the same Romney-Ryan plan, the largest contributors to their election effort — super-rich businesspeople and their corporate interests — would receive billions in tax breaks. This includes rewards provided through corporate tax loopholes for building factories and moving businesses overseas, including to China, instead of the United States. Most Floridians, including many in the Latino community, think this does not meet the basic standard of economic fairness.

The outsourcing loophole for corporations and its impact on jobs is not the only immediate threat to hard working, middle-class families presented by the Romney-Ryan plan. The possible reduction or even elimination of home mortgage deductions — effectively a $1,066 tax hike on many families—could do real damage to the housing and construction markets that are still facing tough times.

And as we know, education drives the American Dream by opening the door to opportunity, but the Romney-Ryan plan steers Latinos in the opposite direction. Why put obstacles in the pathway to higher education, which has helped so many young college students — of which 21 percent of Latinos – especially the 608,000 Florida students who received Pell Grants in Florida during the 2010-2011 school year?

This is particularly concerning as Hispanic college students were recently reported by the Pew Hispanic Center to be the largest minority group on the campuses of the nation’s four year colleges and universities. A number of those students are young people, many of them former military service members, who were brought to the United States as children and are now pinning their hopes on the Development, Relief, and Education for Alien Minors Act, or DREAM Act, to become U.S. citizens. And if the 151,000 eligible DREAMers in Florida were denied a pathway to legal status under a Romney-Ryan plan, the state would lose $21 Billion in economic benefits over the next two decades.

In addition, the new CAP report also outlines the cost to Florida’s Latinos from rolling back recent advances in health care coverage under Obamacare. Thus far, 9 million Latinos have become eligible for health coverage and 736,000 Latinos under the age of 26 have gained access to health insurance by being allowed to remain on their parents’ health care plans since Obamacare passed. But Gov. Romney has promised on his first day in office to take actions that would cost current seniors $11,000 more in out-of-pocket health care expenses and would mean the dismantling of access to family plans for 224,000 young adults in Florida alone.

According to a recent Latino Decisions poll there is a Hispanic “gender gap,” where 78 percent of Latinas say they trust Democrats over Republicans to make the right choices when it comes to policies that affect women. This is not surprising given that Gov. Romney’s promise to repeal Obamacare would make it less likely for the 1.5 million uninsured women in Florida to obtain health insurance. Also 2.5 million women in Florida would lose guaranteed access to preventative services, including mammograms, Pap smear test, and prenatal and post-natal care. Obamacare has helped women get coverage despite their gender-related “pre-existing conditions” such as breast cancer, diabetes— which is higher among Latinas.

While the two presidential candidates differ on whether a strong economy comes from the top down or the middle out, they also disagree about our obligation to the most vulnerable among us, including the poor and disabled. The Republicans propose such deep cuts to programs such as food stamps and Medicaid, that a group of Roman Catholic nuns have called their budget fundamentally immoral. Sister Simone Campbell, who led the “Nuns on the Bus” tour for social justice earlier this year, has said offering tax cuts for the richest among us on the backs of the poor fails the basic moral test of conscience and decency.

As the nation’s fastest growing demographic group, Latinos will have great say, not just in election outcomes, but also in shaping and restoring our American Dream. It is this choice of values, and not a personality contest, that explains why the vast majority of Latinos are leaning toward the Democrats this fall, and why Latinos across the country are pushing Washington to reinvest in education, opportunity, and in an economy that works for all Americans and not just the few.

Intrn'l Video: Preserving the beat of Uruguay's rural dance music
Comment
A son-in-law remembers the man, the cause and all who he inspired as Champion of Farmerworkers' rights - Cesar Chavez