Latina Lista: News from the Latinx perspective > Columns & Features > Guest Voz > To Boycott or not to Boycott Texas — that is the question

To Boycott or not to Boycott Texas — that is the question 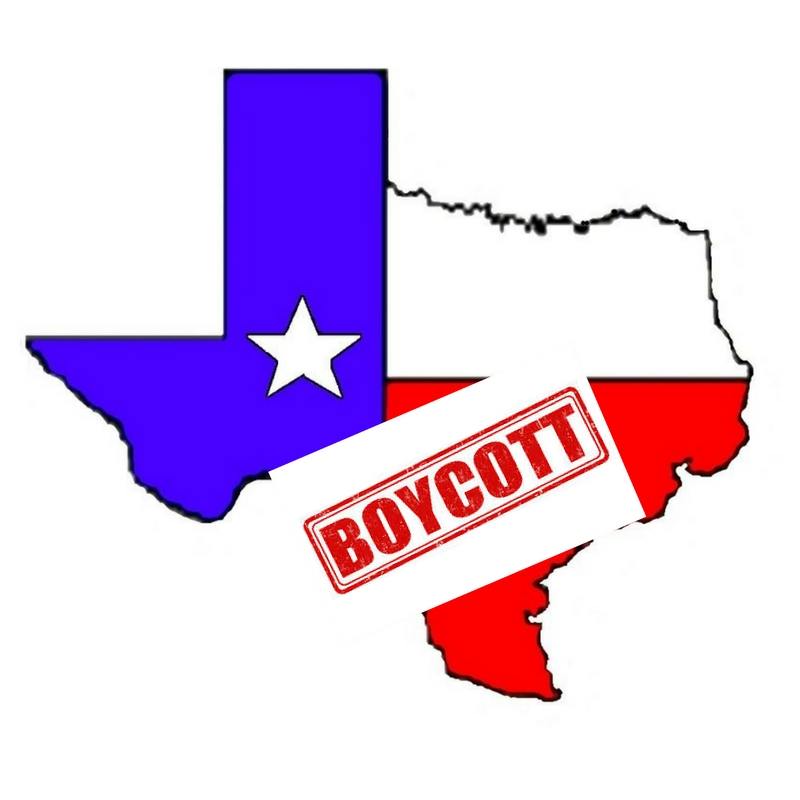 Texas’ SB4 the “show me your papers” bill was signed into law on May 7 by Republican Gov. Abbott. On Sept 1, 2017 SB4 will take effect outlawing local “Sanctuary Cities” policies embraced by places like Dallas and Travis Counties.

SB4 obligates local cities to spend local funds to cooperate with certain federal immigration enforcement policies; it also obligates local police to operate de-facto as immigration agents on the streets virtually guaranteeing the likelihood of racial profiling of some part of the 10 million US citizen Latinos who call Texas home.

The fight against SB4 mobilized Latino community and immigrant activists, local governments and the mostly Mexican American democratic caucus of the Texas legislature. But alas Texas’ Republican-dominated state government has morphed from a business-friendly bipartisan regime to Tea-Party extremism since 2010, as extremist-Republicans have defeated common-sense legislative Republicans in four conservative primary seasons. Thus, Latinos and their allies had little chance to stop SB4 though they put up a good fight.

The question for Latino and immigrant leaders and organizations now is what to do?  Groups like ACLU and MALDEF have sued to enjoin the law from taking place on Sept 1. But given the givens of anti-immigrant ideologues in control in the White House, Congress, and now the Supreme Court it seems likely that SB4 will prevail, for now.

Increasingly calls are being made to boycott Texas, i.e. move out-of-state conventions and conferences from Texas, and more profoundly boycott corporations that are headquartered in Texas until they leave the state. A successful boycott would convince the legislature to repeal SB4 to prevent injury Texas’ economy.

Initially AILA -American Immigration Lawyers Association and the National Latino Congreso have opted to relocate their national conventions. The state of California has issued a travel ban to Texas for its personnel. The ACLU has issued a “racial profiling” warning to all US ethnic tourists destined for Texas.

A WCVI snap poll showed 80% of its network favored a boycott. A recent meeting of Arizona Latino legislators strongly favored a boycott arguing that the 2010 boycott of AZ over the similarly anti-immigrant SB1070 (subsequently thrown out by the courts) was helpful to their cause.

Disappointingly two national Latino groups NALEO and LULAC declined to move their conventions saying it was too late to change their plans.

A moment of truth is approaching on Sept 1 when SB4 takes effect. A boycott of Texas could enhance the spark among Texas Latino communities which though once politically powerful in the 1976-94 period have long been de-facto marginalized by partisan exclusion.

Indeed, sleepy AZ Latinos have turned into an impressive juggernaut on the verge of transforming the politics of their state since 2010 (with the help of a boycott).

The same happened in CA beginning in 1994 when Latinos rose-up in response to the anti-immigrant Prop 1994 and now boast an impressive list of Latino candidates who potentially could be elected Governor, Lt. Governor, and Insurance Commissioner in 2018 in addition to the posts of Secretary of State, Attorney General, Senate President Pro Tem and Assembly Speaker they already hold.

My own view is that it’s time to be audacious and organize a multi-level national boycott of Texas in opposition to SB4’s anti-immigrant, anti-Latino provisions. However, to be successful a boycott must include a united front of Latino leadership -including many who rarely work together. Signals sent to the public and our community must be clear and consistent. It’s time to choose.

Antonio Gonzalez is President of the William C. Velasquez, a national Latino-focused policy and research organization with offices in Los Angeles, CA and San Antonio, TX. Founded in1985 WCVI serves a network of 50,000 Latino leaders with policy strategies and case studies in the areas of voting rights, climate change adaptation, drug policy reform, US Latin America relations and immigration reform.

New ‘Gates Scholarship’ to Offer Full Ride to 300 Students of Color
Comment
Crowdfunding: Creating a library for the children of Vilcabamba, Loja, Ecuador