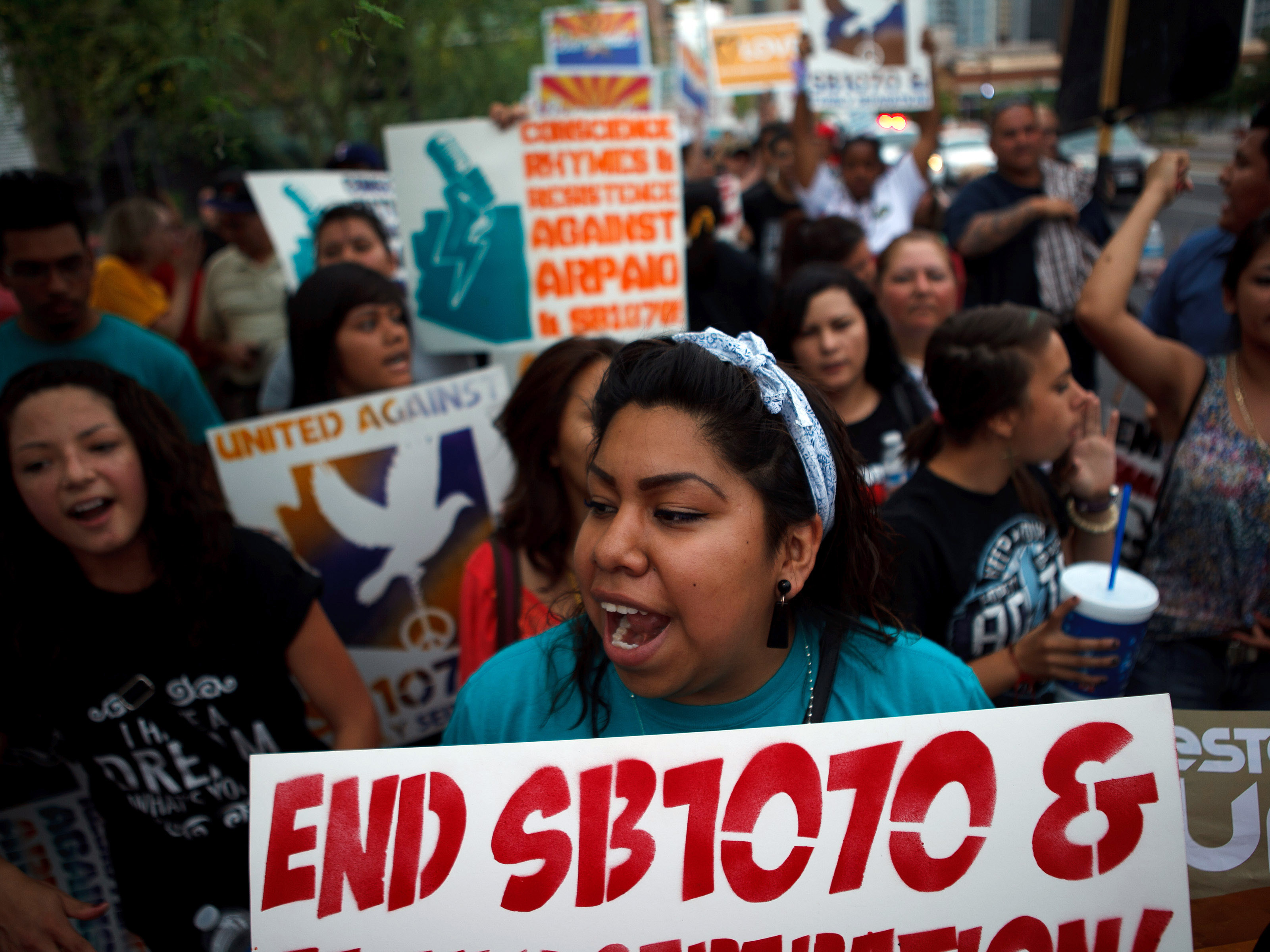 WASHINGTON – Arizona business leaders were in Washington to lobby the state’s congressional delegation on immigration reform Tuesday, just the latest in a string of groups trying to pressure Congress on the issue.

About 20 Arizona business, religious and law enforcement officials joined more than 600 people from more than 40 states in a national “fly-in” of advocates who met with their lawmakers on the issue. The event was organized by the Americans for Reform coalition.

“We are at a historical point in time right now,” said Glenn Hamer, president of the Arizona Chamber of Commerce and Industry, who was part of the trip. “The last major immigration reform bill passed in 1986, and we believe there is a window for the United States House of Representatives to bring to the floor good immigration reform legislation.”

Hamer said the Arizona group met with all nine of the state’s House members and was “very encouraged” by the meetings, despite the “different degrees of enthusiasm” for reform within the delegation.

“Every member recognizes that our immigration platform is badly broken, and all the members want to fix it,” said Hamer. “There are differences in how we fix it, but the differences really are not that great.”

He said the group is “very optimistic that for the very first time in about 30 years, we are on the verge of getting good strong immigration legislation that will strengthen our border security, and advance our economy in a very significant way.”

The main organizations behind the fly-in were the U.S. Chamber of Commerce, Facebook founder Mark Zuckerberg’s advocacy group FWD.us, the Partnership for a New American Economy and a group called Bibles, Badges and Business for Immigration Reform.

Brett Hunt, western coordinator of Bible, Badges and Business for Immigration Reform, said the groups are trying to let Congress know that “inaction is not an option.”

“It is a group of conservative leaders, and they are here to tell the House immigration reform is the just thing, and the right thing to do for our country, and for our economy,” he said.

Hunt said the “Senate has done its job” and now it is the House’s turn to take action on a reform plan.

The Senate passed a comprehensive immigration reform bill in late June that calls for toughened border security, a revamped visa system and a potential pathway to citizenship for those immigrants who are in this country illegally. By some estimates, as many as 11 million people are here illegally.

That bill has gone nowhere in the House, however, where Speaker John Boehner has said he is committed to a step-by-step process. Instead of one comprehensive bill, House Republicans have introduced a series of smaller measures that address pieces of the larger issue. Five of those bills have been passed by House committees so far.

Hamer said “the calendar is not our friend” but that “there is a window for something to happen before the end of this year.” That’s why fly-in participants came to Washington to press the House to act on its immigration reform measures, he said.

And he is confident that something could be done by the end of this year.

“I would say the odds are greater than 50 percent that the House in some form or fashion will pass a thoughtful package of immigration reform measures before 2013 is in the books,” Hamer said.

“If we were able to get through good immigration reform legislation, it would be like rocket feel for our state’s economy,” he said.