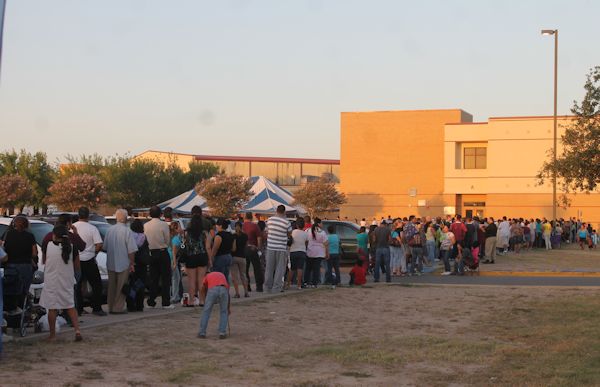 BROWNSVILLE, Texas — A staggering 60.8 percent of Cameron County men aged 18 to 39 lack health insurance, according to a new study.

That puts Cameron County No. 1 in the nation. Starr County comes in second in the nation with 59.5 percent and Hidalgo County third with 58.8 percent.

The study was produced by the left-leaning Center for American Progress Action Fund and is titled “The Counties that Need the Affordable Care Act the Most.” Its authors are Anna Chu and Charles Posner.

Counties on the Texas-Mexico border dominate the various “30 Worst” lists provided by the study.

For example, when it comes to the highest rates of uninsured individuals under age 65, six of the top ten counties are along the Texas-Mexico border – Hidalgo at No. 1, Cameron at No. 2, Webb at No. 3 joint, Starr at No. 3 joint, Maverick at No. 9, and El Paso at No. 10.

When it comes to the percentage of women under age 65 without health insurance, seven of the top ten counties are along the Texas-Mexico border – Hidalgo at No. 1, Cameron at No. 2 joint, Webb at No. 2 joint, Starr at No. 4, Maverick at No. 5, El Paso at No. 7, and Val Verde at No. 10.