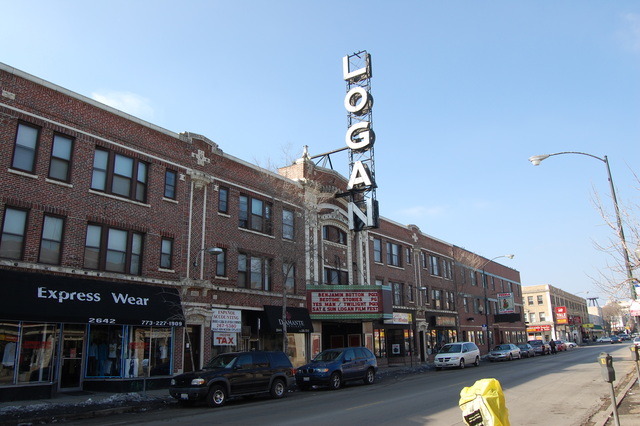 t was on a Saturday night when I was standing outside of some hip, Logan Square bar. My hair teased up to high heaven, I took a moment to examine where I was. Around me were trendy twenty-something-year-olds smoking cigarettes and chatting while behind us, the music from the bar blasting through its walls. My attention was focused on California Avenue, and then it hit me. Just two blocks south and to the right, I would arrive at my Abuela’s house. And what was I doing so close to the place that I practically spent my whole life? I was bumping along to electronic music spun by guys with so many tattoos they’d make Abuela, a conservative Colombian woman, roll over in her grave.
It was an unusual feeling to be on the same blocks of my childhood but with two different purposes. Instead of darting traffic across the street to get pizza puffs at Lil’ Mel’s, or groceries at Cuatro Caminos, I was there for a night out with my friends. My purpose was to drink, dance and be merry. Instead of doing and feeling all of those things, I became sad.

It wasn’t the neighborhood I grew up in any more; it was becoming an entirely different world. Modest houses along quiet Palmer Street were torn down and condos were quickly built to replace the empty lots. What happened to the families that lived there?

I remember the Rodriguez’s, a Puerto Rican family Abuela used to gather up clothes for and collect school supplies for their children. They lived in one of those modest houses in the middle of the block. Though they were ill-prepared to handle the financial burden of a city dwelling, they made it work with the help of neighbors like Abuela and their community of Spanish speakers.

The Rodriguez’s no longer lived at that house and any remnants were hidden under the imposing three-story condos, all of which looked the same. The missing houses equated to a cultural difference…