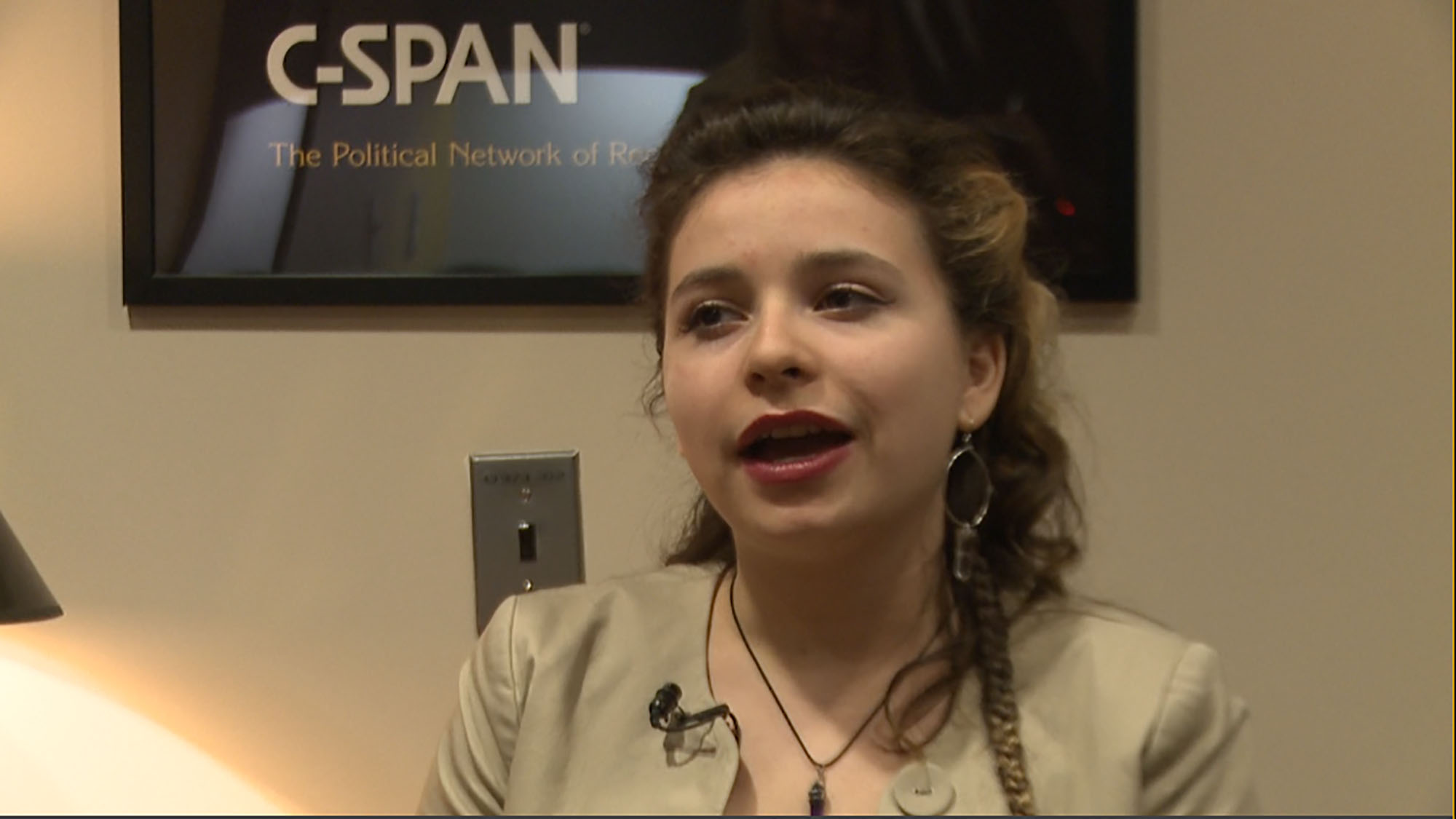 WASHINGTON – When Shelly Ortiz and some classmates at Metropolitan Arts Institute in Phoenix were looking for the subject of what would become their award-winning short documentary, they didn’t have to look far.

“I have a lot of friends who struggle with mental illness,” Ortiz said. “We tried to pick what was most prominent in our lives and what we were most passionate about, so that we could really make it the best that we could make it.”

The result is their 7-minute video, “Diagnosing the Problem,” that was one of five national winners out of nearly 5,000 submissions from 46 states in C-SPAN’s StudentCam contest. Ortiz was in Washington Monday to be recognized by C-SPAN for their video, which was the top high school entry from the West region.

The annual competition asks students to make a film telling Congress to take action on an issue that matters most to them.

Ortiz and her teammates, Nina Nandin and Hannah Hood, started with interviews of fellow students at who had been diagnosed with mental health issues. But they soon expanded their scope to include post-traumatic stress disorder issues affecting veterans and the undiagnosed mental health problems that led to the 2011 shooting of then-Rep. Gabrielle Giffords and 18 others in Tucson.

“Hannah Hood has a lot of veterans in her family,” Ortiz said Monday. “She kind of brought it to light that PTSD should have been in the film just as much as any other mental illness.”

The video features frank interviews with fellow students talking about symptoms that they said had been ignored for too long and doctors who would not listen. They are some of the 4 million children and adolescents in the U.S. suffering serious mental illness problems, according to the film.

Ortiz said the project helped her educate herself on the topic beyond what she learned from her social circle. The main goal of the film is to get Congress to act, she said, not just by funding treatments but also by increasing awareness of the issue and decreasing misconceptions about it.

“My team and I would really like some recognition to drop the stigma,” Ortiz said. She also wants funding for outreach organizations to help people cope with their diagnosis.

“That is not something to be ashamed of. By having that help early on, it’s easier to normalize it in your life,” she said.

The student producers also interviewed Rep. Ron Barber, D-Tucson, one of 13 wounded, with Giffords, in the 2011 shooting by Jared Lee Loughner that killed six people. Barber echoed the need for earlier action, noting that Loughner displayed symptoms of mental illness for two years before the shooting, but those problems went undiagnosed.

Ortiz said she sees the C-SPAN award as much-needed encouragement for her to continue to her long-term goal of becoming a filmmaker.

“It’s hard to stay a filmmaker when you feel you don’t have a voice,” Ortiz said. “But when you get just that little bit of recognition, to see that someone is watching my film and someone is relating to it … that’s what keeps me going as a filmmaker.”

Featured Photo: Shelly Ortiz was one of three students from the Metropolitan Arts Institute in Phoenix who produced a short film on treatment of mental health in the U.S. She waa in Washington to accept an award from C-SPAN for the piece, one of five in the country so honored. (Cronkite News Service photo by Jillian Idle)