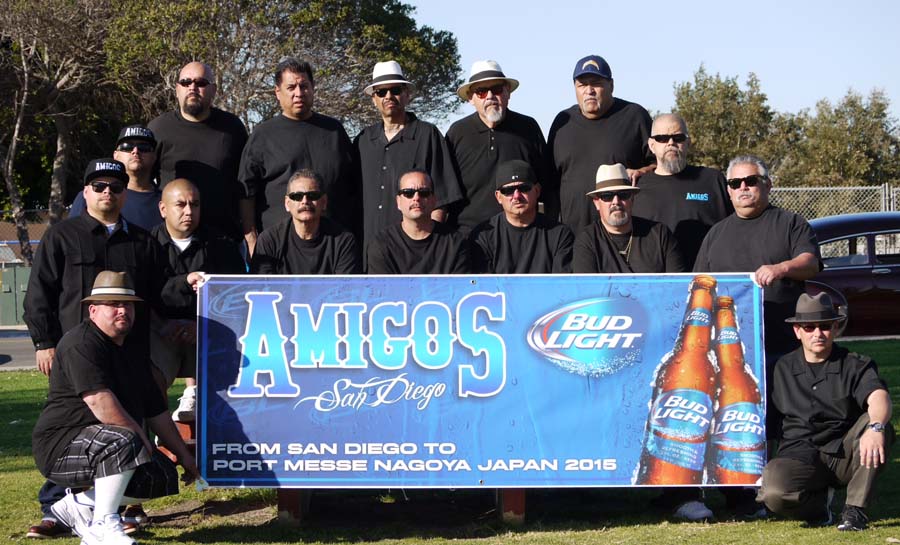 Billed as one of the largest indoor Car Show venue in the world, Amigos San Diego Car Club, the oldest active Lowrider Car Club in San Diego County, in addition to The Worldwide Tribal Clique and Ranflista is proud to send a delegation of close to thirty San Diego representatives.

“For us, it is an honor to be included as part of this venue, and we look forward to exploring and understanding the reasons as to the attraction to our culture,” say Amigos’ President Ray Ulloa.

A 1936 Dodge by the name of Cimarrón owned by Club member Rafael Palacios, and a Harley Davidson Deluxe (“El Revolucionario”) owned by Rick Raa Alvarez of Ranflista will accompany the group representing the San Diego Lowrider Community.

Over the years, Lowriding has become…