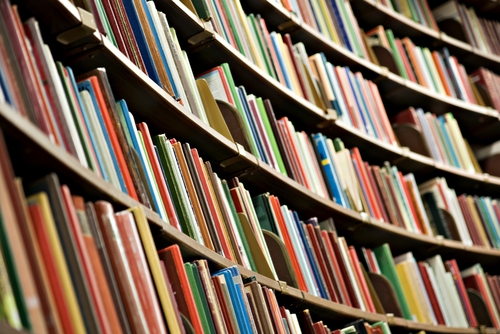 The oldest university press in the California State University system will publish García-Martínez’s book, The Flesh and Blood Aesthetics of Alejandro Morales’ – Disease, Sex, and Figuration, in June. García-Martínez has taught composition, literary and media studies at Hancock for 14 years.

“It is exciting to have my book published, particularly by such an eclectic and venerable academic publisher,” García-Martínez stated in a media release. He dedicated the book in memory of his late father, who recently passed away. “It is somewhat bittersweet because my father is not here to hold it and read it. He was a tremendous force in my intellectual, philosophical and artistic development as a child.”

The book analyzes the work of Alejandro Morales, considered by many scholars and critics as one of the nation’s foremost Chicano writers. Morales, an award-winning author, has written seven novels and three novellas, including The Brick People and The Rag Doll Plagues.

García-Martínez says his book is the only full-length study written in English by a single author about Morales. He explores several of Morales’ novels and analyzes the author’s metaphors, symbols, imagery and obsession with the human body. He argues that understanding Morales’ aesthetics, or his sense of craft underlying his work, is key to deciphering his philosophies and concerns. “The book emphasizes that before the political, racial, cultural and ideological, are the art and figurative expressions of one man’s view of humanity.”

García-Martínez’s interest in Morales’ work started during a graduate seminar in 1998. “I was fascinated by his artistic character portrayals and mastery of metaphors,” he said. “I read of his work, and it revealed an intriguing artist and storyteller who came from the same general neighborhood as my parents. I found his work sparked many interpretations and revelations.”

A few years later, after corresponding through emails and conducting interviews, García-Martínez wrote his Ph.D. dissertation on Morales.
“I hope my students increase their appreciation for literary work and the dynamics of storytelling,” he said. “I want readers to remember that Chicano literature is always much more than ethnic representation. It is an amazing human artistic presentation unto itself.”

He also wanted readers to…

#LatinaLista, Alejandro Morales, book publishing, chicano, literature
Previous Post 10 ways to honor the sacrifices of U.S. soldiers this Memorial Day weekend at national parks
Next PostOne on One: Roberto Sanchez's long journey from the streets of Little Havana to Hollywood

10 ways to honor the sacrifices of U.S. soldiers this Memorial Day weekend at national parks
Comment
One on One: Roberto Sanchez's long journey from the streets of Little Havana to Hollywood