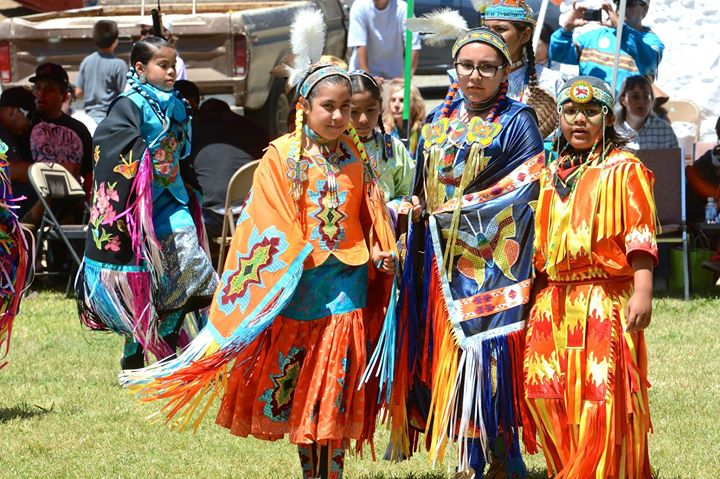 The aroma of ceremonial sage brush and the sound of Indian drums and chants mingled with the cool ocean breeze blowing over Mission San Luis Rey recently at the 19th annual Inter-Tribal Pow Wow, described as a “celebration of history, culture and spirit.”

Scores of visitors gathered in front of the picturesque mission. The main attraction was a large ceremonial circle where Indians from throughout the U.S. chanted and danced in colorful native dress.

Around the circle tribal members from the Apaches, Kiowas, Navajos, Senecas, and other nations mingled with local Luiseno bands and Kumeyaahs, shared stories and compared experiences and family memories.

The upcoming canonization of Fray Junipero Serra was not a hot topic at the gathering, but most of the Indians La Prensa San Diego spoke with opposed it.

Carrie Lopez of the San Luis Rey Band of Luisenos sat near an information booth and explained that many tribal members had mixed feelings. “It’s very sad,” she said. “We are very sophisticated Catholics. We want to respect the Pope, but we can’t condone that shameful part of our history and the atrocities committed against our people.”

Lopez, a special consultant to her tribe, suggested that it would be healthy if the church made amends and acknowledged what happed at the missions. “There would be a great healing. Whatever they say won’t change our sense of what happened. But at least an acknowledgment would be less stinging.”

Lopez said that because of those hard feelings, it took many years to celebrate the pow wows at San Luis Rey mission.

“Neighboring tribes boycotted this event at first, but later joined us. I don’t think the anger and pain over the atrocities ever goes away. We now have a different relationship with our local missions, but we can’t hold them accountable for what happened in the past.”

The Serra canonization has given the tribes a chance to revisit their history, said Lopez. “We know a lot more now than we did 50 years ago. We have more facts and less folklore…”