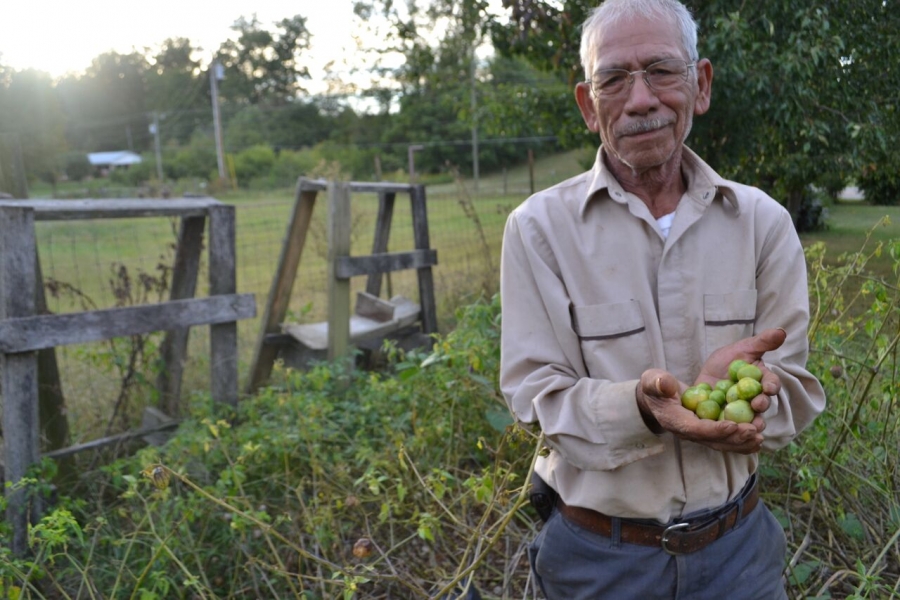 His smile was inviting, and the red apples José Vázquez’s daughter placed on the table were starting to turn the color of his warm, brown complexion. Vázquez, 77, laughed as he tried to remember the when he had crossed the border to America to work in the hot sun. “A long time ago” is finally what was settled on.

The worst thing he could remember about his time in the Bracero Program was the food — especially the oatmeal. Oatmeal was nothing like Vázquez was used to eating in Mexico. He said he would look down at it and wonder what this mush was the Americans were trying to feed him.

The Bracero Program was an arrangement made between the U.S. and Mexico during World War II that lasted from 1942 until its “formal” ending in 1965 to make up for the large number of men America was sending overseas. Mexican workers faced high unemployment and inadequate harvests during the 1930s, so many migrated to the United States to search for opportunities, according to the Sin Fronteras Organizing Project.

This program was a debated issue whenever it was first introduced. The Bracero Archive says that “Mexican nationals, desperate for work, were willing to take arduous jobs at wages scorned by most Americans.” This is mostly because farm workers living in the United States were worried that braceros would be their rivals for jobs and work for lower wages.

Alma Vázquez, José’s 42-year-old daughter, said her father was fortunate enough to miss the abusive parts of the Bracero Program.

“He had just come to the United States to get married, then he went back to Mexico,” Alma said. She looked at her father, who still had a little bit of dirt on his work clothes, as he leaned back in his chair. “It wasn’t until after that did he start his bracero work in Texas, so luckily he was not treated as poorly.”

Initially, the idea behind the Bracero Program was to have protections set up to guard not only the Hispanic workers but domestic workers as well. For example, they were supposed to be guaranteed at least minimum wage; sufficient, sanitary, and free housing; decent meals at sensible prices, work-related insurance at the employer's expense and free transportation back to Mexico at the end of the contract.

The Bracero archive notes that, for the most part, none of these things happened for workers in the program…

Spanish activists use flamenco to stomp their message to the masses
Comment
Crowdfunder: Helping impoverished children expunge their juvenile records