There’s no Álamo in the Álamo City 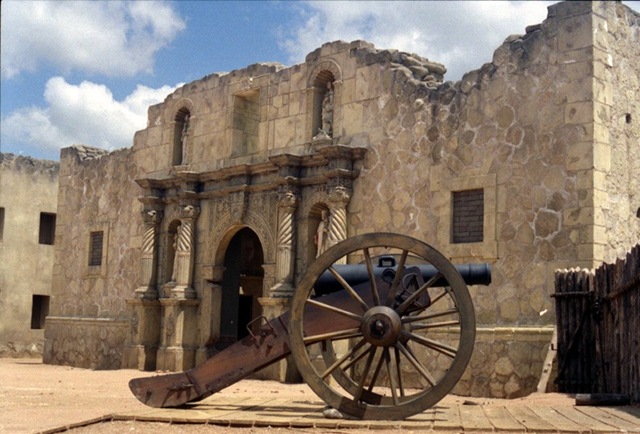 One of the favorite descriptions used by advertising and news media to define San Antonio is “The Álamo City”.

Also, the popular Spanish Mexican colonial church silhouette is a universal logo used by a variety of businesses in town to market their products and services.

It may be that this all refers to San Antonio’s predominant Spanish Mexican heritage, right? Well, not exactly. Actually, the catchphrase is a tourism tactic whose aim is to remind everyone of the Álamo’s status as the “Shrine of Texas Liberty”.

The Álamo is so designated because, as taught even today in Texas classrooms, it is there that a group of mostly Anglo expatriates from the U.S. died at the hands of what is described as a ruthless army led by General Santa Anna. Thus, the “Álamo” symbolizes the still simmering animosity that U.S. public opinion has toward him and the Mexican Army. That’s in spite of the fact they were only protecting their sovereignty from armed Anglo trespassers.

Albeit, to reach its location, tourist brochures and road signs around town direct visitors to an area where the Álamo “used” to be. That’s because Presidio San Antonio de Béxar (El Álamo) doesn’t exist anymore. Instead, the instructions lead to a nearby surrogate structure, Mission San Antonio De Valero.

At first, visitors don’t seem to mind, mainly because they aren’t aware of the switch. That usually changes rapidly for many first-time, out-of-town tourists. Upon entering the small stone church, most wonder, “Did the famous battle really take place inside this little building?”

Basically, it’s hard to understand that the actual 1836 battle action happened outside on the presidio grounds, now occupied by gaudy, commercial businesses and heavy traffic. In short, the conflict took place away from the religious sanctuary, not within it.

Still, sightseers walk through quickly and end up at the gift shop. Soon afterwards, they leave with a sense of confusion and a not very encouraging “Is that all there is?” ho hum impression. Thus, the Álamo may be the most popular travel destination in Texas, but at the same time, it’s one of the most disappointing.

As described in a previous article I wrote entitled “Of Missions and Presidios”, the fact is that presidios and missions are two separate Spanish Mexican institutions, serving distinct purposes. San Antonio de Béxar Presidio was a military compound affectionately called “El Álamo” by local Bexareños, in honor…

Finish reading There’s no Álamo in the Álamo City

Mexico has highest rates of bullying among students
Comment
Crowdfunder: Creating a living memorial to slavery in homes everywhere