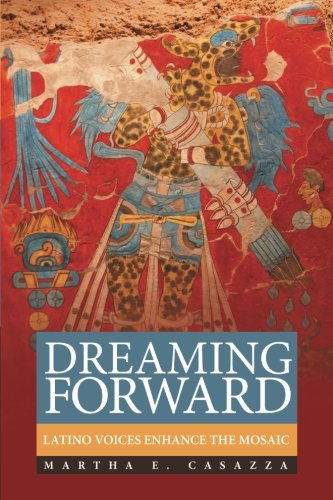 Nobody rises to lower expectations. That’s what Martha Casazza, an education consultant from Chicago, learned during the four years she spent interviewing Latinos in Chicago’s working-class Pilsen neighborhood.

One of those stories is of Rafael, a former police officer whose sole focus now is to reach young people who are caught up in gangs or other criminal activities. Rafael grew up in the community and was himself the target of gangs looking to recruit when he was in high school.

Fabian tells of his struggle to stay in school because he didn’t find it challenging and his eventual return and enrollment in a dual-college credit program.

The running theme through Casazza’s book is that of a cultural mosaic. The varied voices, Casazza said, comprise the multi-faceted nature of the Latino community and its struggle to build safer, healthier communities.

LatinaLista (LL): How did the initial plans for this collection of stories come about?

Martha Casazza (MC): I’ve been involved in education for about 40 years in Chicago. I needed to know more about the students in the area: the spectrum of their lives and what’s going on. My work is about creating access points for students. I worked in the Latino community with Alvaro Obregon who held a weekend event called Tardes en el Zocalo. I met students who were enrolled in the College Bridge program and saw how much they sacrificed to go to college. Those things came together and made me want to learn more.

LL: A lot of these individuals seemed ready to tell their stories, as if they’d been waiting for a while for someone to come and gather them. Did this surprise you?

MC: The willingness to tell their stories was overwhelming. They wanted to talk. The fact that I was working with Alvaro made it clear that I wasn’t an outsider. I had that credibility. I interviewed Rafael in his home and his wife made me a multi-course hot meal. She and their kids felt a huge pride in seeing Rafael being interviewed.

LL: What elements of each individual story surprised you the most?

MC: “There was no holding back from the passion they felt about their community. The extensiveness of their commitment to the community was impressive, even though they talked about safety issues. They dream of healthier communities. They had a huge respect for the past, but they weren’t stuck back there.”

LL: What did you think when Rafael told you that he started a program for at-risk youths while he himself was an at-risk youth?

MC: “It surprised me when I learned about his background, but when I spent more time with him, I realized he was the perfect person to lead such a program. Having come from their community, Rafael was about to talk down these young people from their anger and teach them how to not be resentful of police.”

LL: As I read the book, I could actually hear the voices of these individuals. Why did you decided to write the book this way as opposed to telling their stories through your own lens?

MC: “It was the only authentic way to do it. It would have been shifting the lens a bit if I had written from my view. My biggest fear was not accurately representing the stories as they were told. My goal was to give Latinos an opportunity to be heard and for others to see the human connection.”

LL: Many of these subjects’ dreams and hopes can likely be found in many Hispanic/Latino communities around the country. Hopeful teachers. Hopeful students. Hopeful community advocates. Do you hope that people who read this book and are actively trying to improve their communities will find themselves in this book?

MC: “I hope it does help to validate their efforts. I hope it has an impact on those who may be fearful of stepping up. I hope they see Angela and Carmen as role models whose efforts made it possible for their community to have a community medical center and a new high school.”

LL: What do you think are some immediate steps that can be taken in challenged Latino communities?

MC:“The politics in the country make this difficult. First, we must look at communities as being healthy or not. Once our communities are healthy, we’ll be better off. We need to identify local leaders and give them the resources they need. This should lead to safer communities, more employment, and even more community advocates.”