Latina Lista: News from the Latinx perspective > Culture > History > Tejana who fought to save the Alamo from developers gets special plaque to remember her 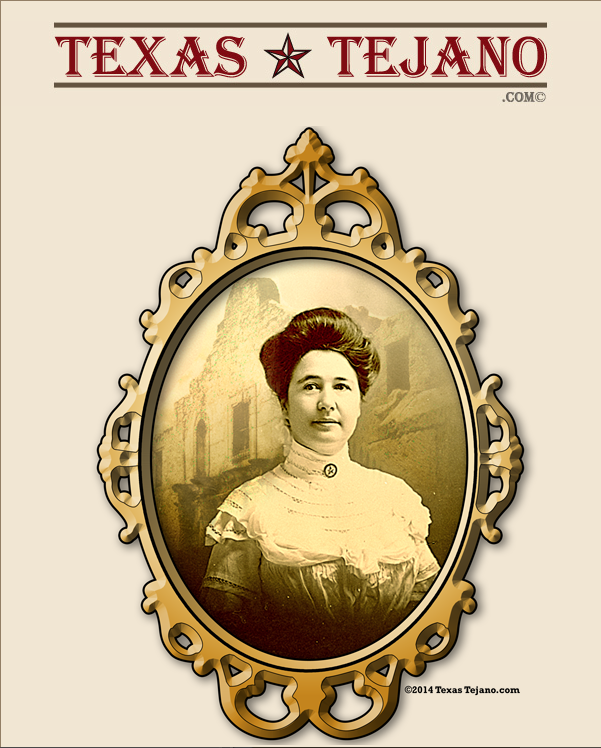 LatinaLista — The Alamo is considered Texas’ most popular tourist attraction and the phrase “Remember the Alamo” is as familiar as the iconic silhouette. But if it weren’t for the actions of one early Texas resident, who took that phrase to heart, generations would have had only those words to remember a site that was pivotal in Texas history.

Adina Emilia De Zavala, born in 1881 and the granddaughter of the first vice president of the Republic of Texas, Lorenzo De Zavala, didn’t think progress should trump history. A teacher, she and some of her friends formed one of the state’s first all-female groups “organized for patriotic purposes.”

In 1908, while living in San Antonio, De Zavala was appalled to learn of a plan to destroy the long barracks structure at the Alamo to make room for a high-rise hotel. She was so determined to keep that from happening that she barricaded herself inside the barracks for several days without food or water. She became a media sensation.

Eventually De Zavala prevailed. It’s said that her actions inspired a historical preservation effort across the United States. De Zavala didn’t stop with the Alamo. In 1912, she organized the placement of 38 markers at Texas historic sites through an organization she founded, the Texas Historical and Landmarks Association.

According to her bio found on the Texas State Historical Association website:

In the 1930s she helped establish the location near Crockett of sites of the first two missions established in Texas by the Spanish. In 1923 Governor Pat Neff appointed her to the Texas Historical Board, and she was one of the original members of the Committee of One Hundred appointed to plan for a state centennial. She also served on the advisory board of the Texas Centennial Committee. She was a charter member of the Texas State Historical Association and a member of the executive council of that body beginning in 1919.

In 1945 she was elected an honorary life fellow of the association. De Zavala was a dedicated Catholic and a member of the United Daughters of the Confederacy, the Texas Folklore Society, the Philosophical Society of Texas, the Texas Woman’s Press Association, and many other organizations.

She was the author of a book, History and Legends of the Alamo and Other Missions in and Around San Antonio (1917) pamphlets, including The Story of the Siege and Fall of the Alamo: A Résumé (1911); and a contributor to the Handbook of Texas (1952).

Adina De Zavala died on March 1, 1955, and was buried at St. Mary’s Cemetery in San Antonio.

De Zavala’s many efforts to preserve Texas history were known to Texas history buffs, historians and the Texas Tejano organization dedicated to preserving the memory of events and people important to Texas history, but few Texans or tourists really knew of the herculean efforts of this Tejana. But that will change on June 11.

On that day, at 11 a.m., a plaque in her honor will be installed at the historic Menger Hotel in San Antonio, near the Alamao, a place where De Zavala lived during some of her most well-known preservation battles.

The plaque is courtesy of author and historian Andrew Carroll, director of the Center for American War Letters at Chapman University in California. Carroll takes it upon himself to research the country for overlooked people and places of historical significance.

He then orders, pays and delivers the gold-colored plaques to their destinations so everyone can be reminded of a past that is quickly disappearing to make way for progress.