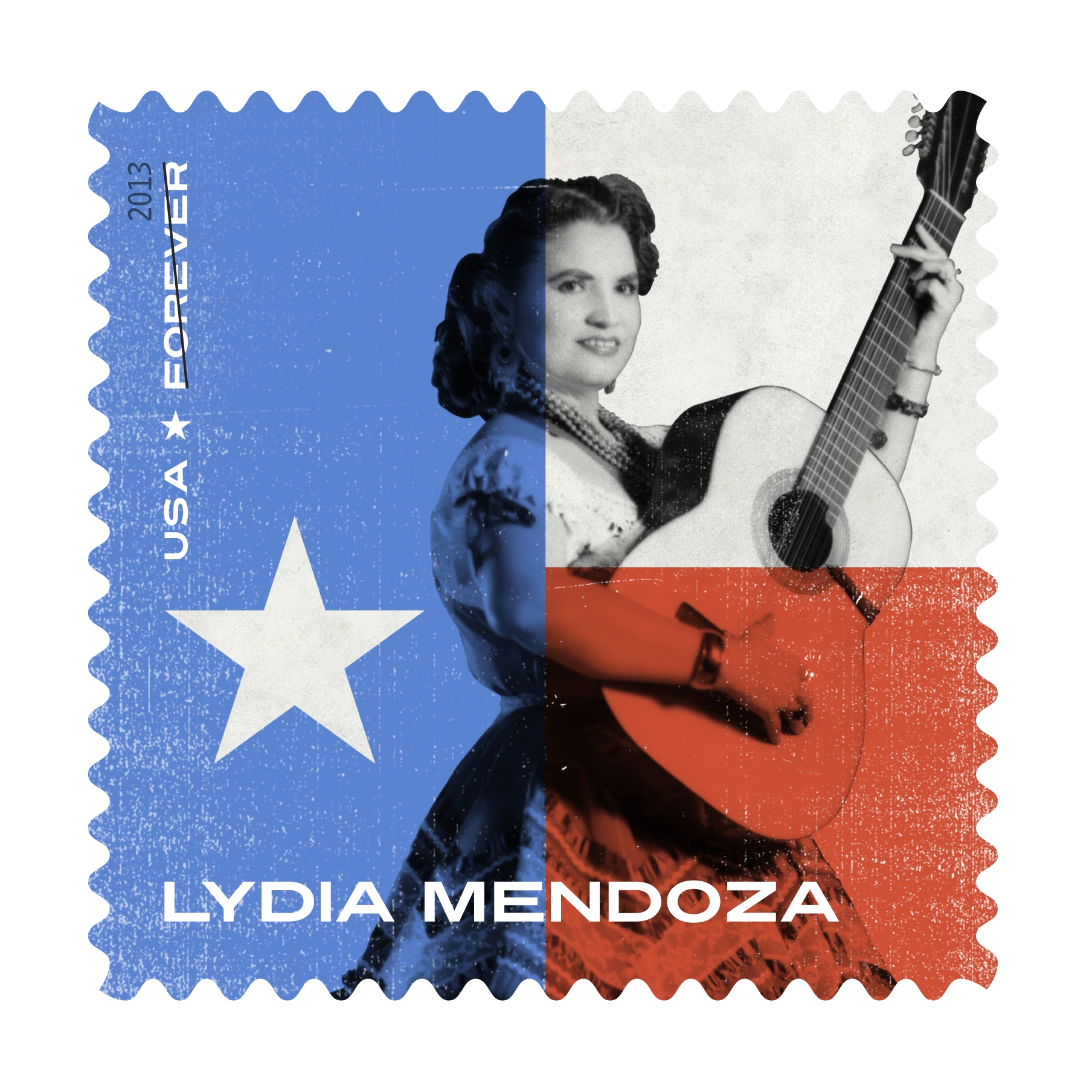 LatinaLista — With only her 12-string guitar accompanying her, Lydia Mendoza “Lark of the Border” recorded over 1,000 songs in a 70-year career where she reigned as the ‘first lady of Tejano music.’ Though she died in 2007 at the age of 91, her legacy lives on as the first musician honored in the Postal Service’s new Music Icons series.

“Mendoza was a true American pioneer, whose unique voice and style of singing, paved the way for a whole new generation of Latino performers,” said Marie Therese Dominguez, vice president, Government Relations and Public Policy. “Her impact on music guarantees her place in American music history, and today her legacy continues on 30 million postage stamps.”

In announcing the new Forever Stamp, the U.S. Postal Service shared the biography of Lydia Mendoza and the chosen design of the stamp, underscoring the reasons why Lydia Mendoza deserves to be remembered “forever.”

Known as La Alondra de la Frontera, the Lark of the Border, Mendoza performed the Spanish-language music of the Texas-Mexico borderlands and beyond.

Best known for her solo performances, Mendoza, with her soulful voice accompanied only by the playing of her 12-string guitar, recorded more than a thousand songs in an enduring career that spanned seven decades. Through her music, she gave a voice not only to the poor and working-class people North and South of the border, but also to Latinos throughout the Western Hemisphere.

Her enormous repertoire of canciones, boleros, corridos, danzas, and tangos included ballads about historic figures and songs about hard work, lost love, and the joys of everyday life.

Mendoza was born in May 1916 in Houston, Texas. She grew up in Monterrey, Mexico, and in towns along the border. She was born into a musical family; both her mother and maternal grandmother played the guitar. Mendoza began to emulate them when she was four years old, nailing rubber bands to a piece of wood to create her own instrument.

She learned to sing and play the guitar from her mother, her greatest musical influence. Mendoza also learned to play the violin and mandolin, but it was the 12-string guitar that would become her signature instrument.

In the early 1930s, the Mendozas moved to San Antonio and began performing in the city’s famous Plaza del Zacate. Lydia’s big break came when she won a singing contest on the radio, which led to her family signing a contract with Bluebird Records in 1934.

The producers asked Lydia to record some solo cuts. Among them was “Mal Hombre” or “Evil Man,” a song about a coldhearted man who breaks his lover’s heart. Years before, Lydia had learned the lyrics, which were printed on a gum wrapper. “Mal Hombre” soon became a hit. The Mendozas moved up in the musical world, performing in new venues such as clubs and theaters. By the time World War II broke out, Lydia had recorded more than 200 songs.

The war temporarily slowed Mendoza’s career. In the late 1940s, now married and with children of her own, she returned to recording and performing. Non-Spanish-speaking audiences started discovering Mendoza’s music in the 1970s.

As her fame spread, she began to be recognized as an American folk icon and was invited to sing at new venues, such as folk festivals and college campuses. In 1977, Mendoza sang at Jimmy Carter’s inaugural celebration. She continued to tour and record in the 1980s.

In 1982, Mendoza received a National Heritage Award from the National Endowment for the Arts. Increasingly recognized as a national treasure, she was inducted into the Tejano Music Hall of Fame.

Mendoza retired from music in 1988 after suffering a stroke. In 1999, she was awarded the National Medal of the Arts by President Clinton. In his speech, Clinton remarked, “Her legacy is as wide and deep as the Rio Grande Valley.”

Lydia Mendoza died in San Antonio, TX, Dec. 20, 2007, at the age of 91. Her recordings continue to be collected and played on the radio.

Today, Mendoza is remembered as a musical pioneer who not only popularized Mexican-American music, but also carved out a career that was unique for a woman of her time, thereby breaking down barriers for the next generation.

The artwork for the Lydia Mendoza stamp features an undated, black-and-white publicity photo of Mendoza taken for Ideal Records in the 1950s. The flag of Texas is superimposed over the singer’s image, with its vertical blue bar and single white star covering the left half of the photo and its horizontal red stripe embellishing the bottom right corner.

On the reverse side, the pane includes a larger version of the photograph featured on the stamp art as well as the logo for the Music Icons series. Neal Ashby and Patrick Donohue designed the stamp, working with art director Antonio Alcalá.