LatinaLista — This year’s celebration of Hispanic Heritage Month marks 25 years since the federal government officially recognized that Latinos were a segment of the population that deserved positive attention and respect for our contributions, our hard work and our history as US citizens. 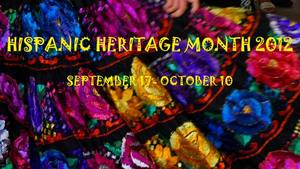 Yet, on this silver anniversary, it’s made clear that Latinos have not garnered the kind of respect that was envisioned 25 years ago. I’m not referring to the anti-immigrant laws that have been passed across the country or the racial profiling that continues but in other areas that would be considered the last places for disrespect against Latinos to occur.

When it comes to art and music, it’s unanimously agreed upon that Latinos have contributed much to the artistic history of the United States, especially in music. Yet, out of more than the 170 honorees who have been selected since 1978 by the Kennedy Center, only two have been Latino.

When the National Hispanic Foundation for the Arts chairman, Felix Sanchez, called upon Kennedy Center President Michael Kaiser to request changes be made to the selection process, Kaiser was reported by Sanchez as telling him, “go f—k yourself.”

Today, 30 national Latino organizations are calling on Kaiser to apologize. Janet Murgia, President and CEO of the National Council of La Raza, released a statement saying:

“There is no excuse for Mr. Kaiser’s outburst and it should not and cannot be tolerated. He profoundly disrespected our colleague Felix Sanchez and the Latino community, a community that merits inclusion and fairness, not insults, when it comes to one of the nation’s highest cultural honors. At the very least, Kaiser owes Mr. Sanchez and our community a sincere apology and it is our hope that the Kennedy Center will take disciplinary action in light of such unacceptable behavior.”

So far, Mr. Kaiser has not responded for a call for an apology.

The Associated Press (AP) is one of the most respected organizations in the news industry. Their practice of style, grammar and word usage sets the standard for all newspapers, large and small, mainstream, alternative and ethnic.

The company’s stylebook is considered the “bible” of the industry and it is in this book where the AP insists on disrespecting the countless requests of Latinos by continually justifying the usage of the term “illegal immigrant.”
The AP believes the term is “accurate and neutral.”

However, the news organization has yet to explain how a “netural” term evokes so much passion and negative connotation. A few newspapers have broken with the AP’s view and refuse to use the term citing the feelings of the Latino community and the negativity surrounding it.

ABC News, one of the most prominent media outlets to agree with the AP, is now having second thoughts about using the term and is actively conducting a survey of undocumented immigrants about their feelings of usage of the term. Their sudden change of heart may have something to do with their new partnership with Univision.

Yet, so far, the AP has remained steadfast against respecting the wishes of so many. This argument has devolved into less of an issue about good journalism and more about who has authority. The AP clearly wants to show the Latino community they are the ones in charge.

Yet, even with these two cases of blatant disrespect, there is a “silver” lining on the horizon — the Latino community is growing and one day there will be enough Latinos who have risen to positions of management in these organizations who will understand that listening to the wishes of a group is not a sign of weakness or failure — but respect.

Guest Voz: Is Chicago Becoming America’s Ciudad Juárez?
Comment
Guest Voz: The problem with debate over the 'i' word is that it needs more perspective(s)