Guest Voz: A REST STOP ON THE JOURNADA DE MUERTO

By Claire O’Brien
The Secret Lives of Gas Stations 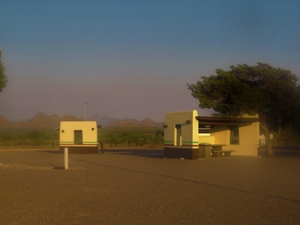 Say what you will about the United States as a global neighbor: one thing we show up for is drawing maps. All over the world, when a map has needed drawing, whether to create a new country, split a country in two, turn a colony into a territory, or expand slavery for ourselves (hello, Mexico!) , the USA has done its best to be the one to be the one to draw it. In fact, if there’s an American tradition when it comes to international borders, it’s the trail of spectacular disasters that followed our own numerous violations, each of them marked by a reckless disregard for existing geopolitical divisions.

Few things are more difficult to persude people of than the legitimacy of a border that contradicts the reality of their lives – and they never change their behavior to accomodate it unless monitored by constant force. The closer one gets to the border, the more difficult it becomes to sustain it as a concept requiring any specific action, let alone as the basis upon which social identity is assigned. I assert that for Anglos, the border’s looming proximity produces the opposite effect, an acute contradiction accomodated only by a kind of mass cognitive blunting. Literally living exactly where the very people you are excluding used to live is not easy.

First of all, they haven’t gone away. They go back and forth across the border, utilizing networks of family and work, as people here have done for centuries. Secondly, regardless of whether one sees them in person, their presence is so strong that it defines this place as a specific world. It’s a world that speaks for them whether they are in Juarez or passing silently through the primarily Anglo towns of New Mexico’s rural interior. 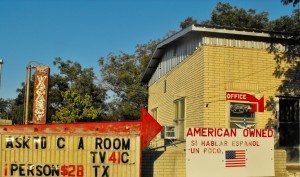 And it speaks for them when they are right down the road, harvesting chile peppers and walnuts. In fact, the roads themselves tell a tale that Anglos can’t ignore, and actually don’t, as this is impossible to do. Consider the remarkable fact of living on what was essentially the equivalent of a modern highway for centuries – while treating as outsiders the descendents of the people who created the route with their own feet.

One must at least put up a marker. And while one is at it, there should be a place to rest – never mind that nobody driving north from Las Cruces needs to rest an hour later. The most Mexican thing to do right here is to make a place for the dead, who are not far away and need some shade. So plant some trees for them, leave plenty of water in fountains, and build a few shelters . Add some tables, with seating, as the dead will most certainly want to sit down.Right at this moment, the dead are picnicing under the trees, and that’s how the living know where they are.

THE SUN SETS AT THE REST STOP 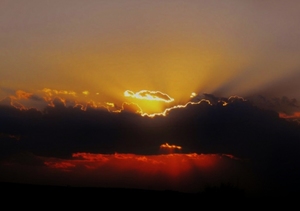 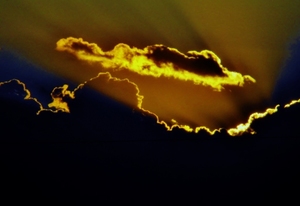 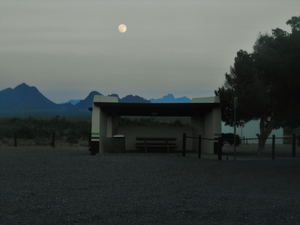 Claire O’Brien is an award-winning journalist based in New Mexico.