LatinaLista — As the end of April approaches, a quick review of news headlines underscores why it is imperative that both sides of Congress come together for the sake of victims of domestic violence. 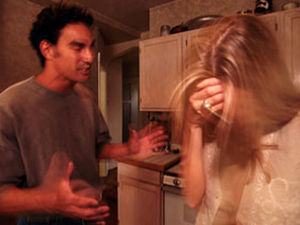 Today, Congress began debate that would help victims of domestic violence. It should be a no-brainer but the debate boils down to whether Republicans can agree with Democrats on the latest version of the Violence Against Women Reauthorization Act of 2011 .

The bill, which was originally passed in 1994 and has been reauthorized and passed by a bipartisan Congress several times since then, has hit a roadblock with the Republican party. Why? For what Democrats want to include in the latest version:

The version being offered by Senate Democrats has attracted some Republican resistance because it would give tribal authorities the ability to prosecute non-American Indians in cases of domestic violence on reservations. It would also include gay, bisexual and transgender victims in programs for domestic violence and allow more illegal immigrants who are victims of domestic violence to claim temporary visas.

The notion that there are “some” people who don’t deserve the full protection or psychological and physical help resulting from a domestic beating or receive justice because of their citizenship status or because their attackers don’t fit the definition of who can be prosecuted by tribal authorities, is absurd, offensive and wreaks of 20th century prejudices.

The Republicans have vowed to come up with their own alternative reauthorization bill that will surely leave out the changes (improvements) the Democrats want to implement and that would be a travesty of 21st century justice. If it were not for the current law granting temporary visas to undocumented victims, too many victims would suffer in silence for fear of losing their children if they reported their abusing partners.

Our society is pushing forward and it’s time our laws reflect today’s reality.

Clearly, animals that think it’s ok to beat any person need to be locked away without chance of parole — and the victims who are fortunate enough to be left behind, only to be haunted by those horrible memories of being violated and beaten, deserve the peace of mind of knowing that their attacker will never have the freedom to abuse them, or anyone, again.

What is so hard about doing the right thing, even if it’s politically inconvenient?