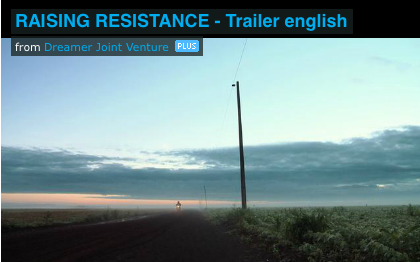 LatinaLista — Technology doesn’t always equal progress or profit for all. There’s no better proof of that than in developing countries where rural, disadvantaged people find themselves taking on corporate giants. One such place where this is happening is in Paraguay.

The small farmers of Paraguay are battling the large agricultural corporations over their aggressive use of genetic engineering. Unlike in the past, today’s campesinos are empowering themselves to fight back.

For years agricultural companies have increasingly been focusing on green genetic engineering – the use of genetic engineering in plant cultivation – in order to, among other things, cover the growing global demand for animal feed in intensive livestock farming. The consequences for the small farmers in Paraguay are dramatic: they lack fertile soil to grow the basic food that they desperately need for their survival. The genetically modified soy plants and the massive use of herbicides are severely disturbing the ecological balance, the diversity of plants and cultures is being destroyed.

Raising Resistance tells the story of not only these farmers but also the other people who make up the political and economical network of the agricultural economy where crops are tied to profits — big profits. The film includes the perspectives of all who have a hand in the agricultural economy, from Brazilian large soy farmers who have lived in Paraguay for years and genetic engineers to stock market speculators and even the President of Paraguay, Fernando Lugo.

The film spotlights a growing awareness across the world that corporate greed can no longer be justifiable cause to trump the rights of local citizens to survive.

agriculture, farmers, featured, Paraguay, soy, video
Previous Post Conservatives have a greater problem than just with Latino voters — how to respect the Latinos on their side
Next PostFlorida Candidates Reach Out to Hispanic Community