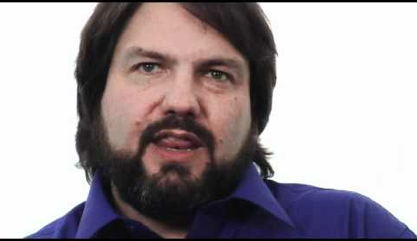 LatinaLista — “Kids can do school but they can’t solve problems.” That is the premise of a new movement gaining momentum across the country dubbed Thinking at Every Desk where the focus is to teach children how to think for themselves.

Started by Derek Cabrera and Laura Colosi, a pair of Ivy-league faculty members, who were alarmed that their high SAT/ACT scoring students struggled to solve simple unstructured problems, they decided something needed to be done to teach teachers how to teach students. Ten years ago, they started spreading the message about teaching kids to think instead of just performing lesson exercises. The message is getting through but Cabrera and Colosi knew that to reach a broader audience they needed a louder message — a film.

Thinking at Every Desk — The Film is not just another documentary about the sad state of the educational system. The creators promise that it will be a film that focuses on the solution it takes to bring together teachers, students and ideas to form a perfect storm where students learn critical thinking skills alongside their everyday curriculums.

But filmmaking is expensive and so these Ivy-league educators are joining in another movement to get their message out — crowd-based funding. They are pitching their film on Kickstarter with a campaign goal set at $75,000.

The root of the educational problem is that our current thinking about education relies on paradigms that are old, linear, and industrial where they need to be principled, systemic, and ecological. We don’t need to blame any one. We don’t need to overhaul our whole system. We don’t need to legislate or mandate a political solution. We just need to focus on those 60 million teachable moments that happen everyday–where teacher, student and idea come together–and make sure thinking is part of the equation.