Latino immigrants hold dubious distinction of having the most HIV diagnosis

LatinaLista — Thirty-one years after the discovery of AIDS in the United States, the hope was that the disease would have been eradicated by now. 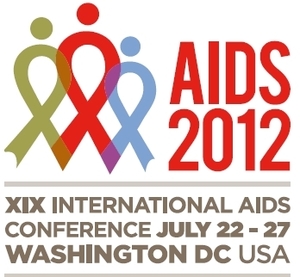 After claiming, so far, about 30 million lives worldwide, the disease still flourishes in some parts of the world while in other parts significant progress has been made to halt its spread. Yet, the disease is still so potent and virile that it’s necessary for researchers to gather together to compare, discuss and share information about the disease and any possible cures.

This is the first time that the United States has hosted the event and it’s due to President Obama lifting in 2009 a 25-year-old travel ban preventing HIV-positive people from entering the country. Though the ban’s lifting didn’t go into effect until 2010, new research shows that, despite the ban, HIV-positive people were entering the country all along. Unfortunately, there’s one group of immigrants who now carry the distinction of accounting for over 70 percent of the HIV cases among immigrants — Latinos.

According to a new report published in the Journal of the American Medical Association and released at a media conference before the opening of the International AIDS Conference, people with HIV born outside the United States are likelier to be Latino or Asian. Among cases of native-born, those afflicted with HIV are more likely to be African American and Anglo.

The researchers also found one other notable difference between immigrant and domestic HIV-positive victims: 39 percent of immigrants contracted HIV through heterosexual contact while only 27 percent of native-born cases contracted HIV in that manner.

The researchers noted that the Latino immigrants afflicted with HIV came from regions where there was little access to education or information about the virus and how it spreads.

The most common region of origin was Central America, including Mexico, with 41% of diagnoses among immigrants, followed by the Caribbean at 21.5%, Africa at 14.5%, Asia at 7.9%, and South America at 7.6%.

The U.S. Census groups the Caribbean, Central and South America together as Latin America; using that category, the researchers noted, 70.1% of HIV diagnoses among immigrants involved those from Lain America.

The authors of the report recommended that more culturally relevant outreach and programs be tailored to each immigrant group. Yet, with federal cutbacks and anti-immigrant sentiment across the nation, especially targeting Latino immigrants, the reality of the situation dictates that the immigrant population will be the last stronghold of AIDS/HIV cases in the nation — until Washington puts the health of the nation over politics.