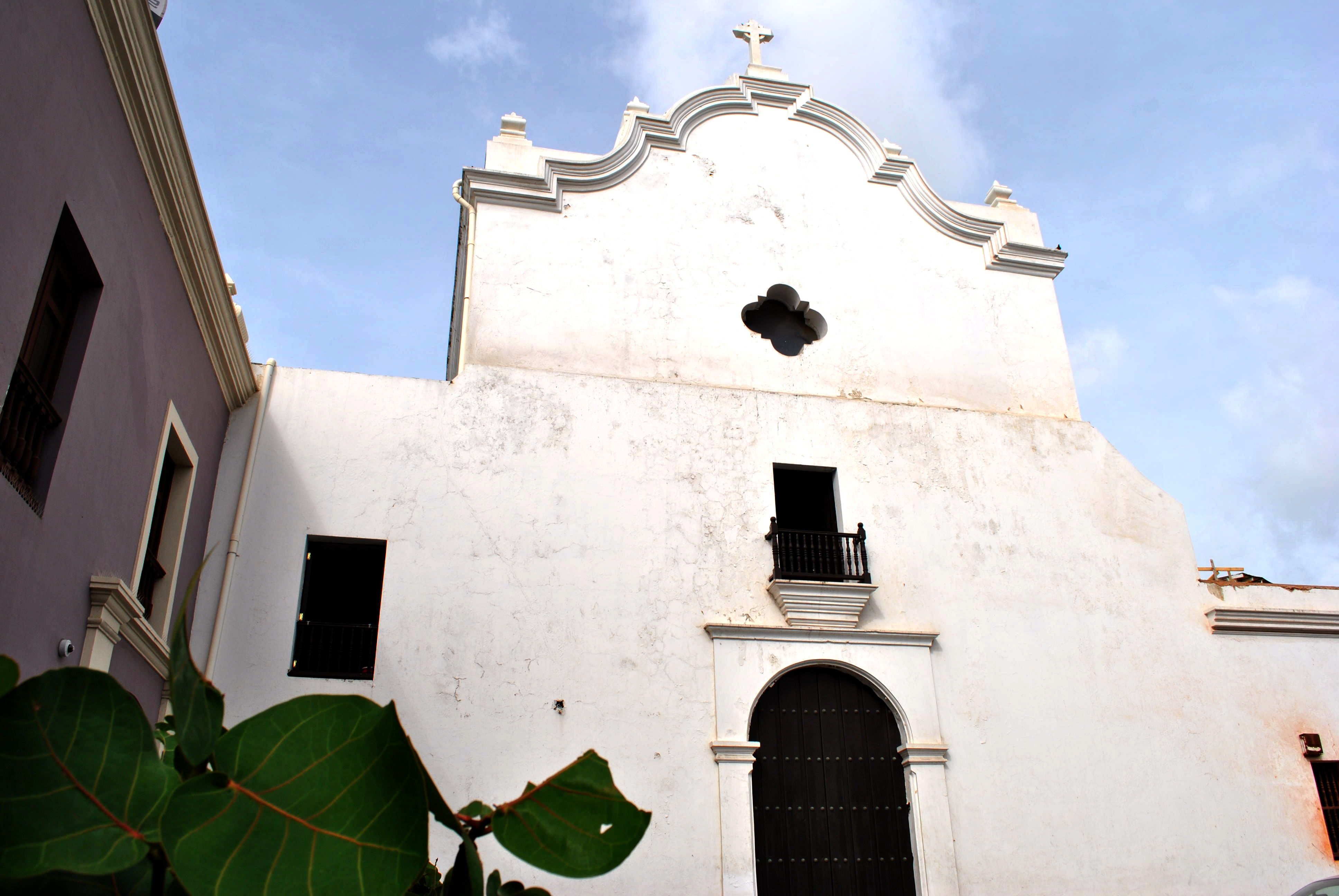 LatinaLista — For the first time, the National Trust for Historic Preservation recognized a site in Puerto Rico for inclusion in their annual list of endangered historic places. San José Church in Old San Juan, Puerto Rico was included in this year’s round-up of America’s 11 Most Endangered Historic Places.

Built in 1532, it is the second oldest church in the Americas and one of an elite group of surviving examples of 16th century Spanish Gothic architecture in the Western Hemisphere. It’s been closed for 13 years and is suffering from severe deterioration and structural damage issues — all problems that make it an ideal candidate for historic preservation recognition.

Preservation of the church has been underway with a coalition of community organizations and individuals, like actor Benicio del Toro, banding together to save one of the last surviving links to early colonial history of the New World. “Patronato de Monumentos de San Juan, a nonprofit organization in charge of the restoration effort, is committed to doing authentic restoration, including the use of original materials and techniques.”

However, it will take a lot of money to preserve Old San Juan’s San José Church in its original style — something that might be a little easier now because of its inclusion on the endangered list of historic places.

“Being included on the list helps put the church on a national platform by exposing it to top bloggers and journalists in the U.S.,” wrote Virgil McDill, associate director of Public Affairs at the National Trust for Historic Preservation, in an email to Latina Lista. “Everyone in San Juan is already quite well aware of the restoration efforts of the church and why it’s important to save. In order for the church to get the funding it needs to continue the restoration efforts it needs to raise awareness on a national level. The National Trust for Historic Preservation is a well-established organization that many historic places and sites look up to for help because of its many resources.”

Once a site is featured on the list, it’s there for life even if it eventually falls beyond restoration efforts. In that case, the Trust for Historic Preservation updates their list reflecting the site’s status.

Joining San José Church on the list of the 11 Most Endangered Historic Places for 2013 are:

Astrodome – Houston, Texas. As the world’s first domed indoor, air conditioned stadium, the 18-story multi-purpose Houston Astrodome was once dubbed the “Eighth Wonder of the World” but now needs a viable reuse plan to avoid demolition.

Historic Rural Schoolhouses of Montana – Statewide. Montana boasts more historic one- and two-room schoolhouses still in use than any other state, but these schools are at risk as the state’s population shifts to urban centers

James River – James City County, Va. Jamestown, America’s first permanent English settlement, was founded along the banks of the James River in 1607. The river and landscape are threatened by a proposed transmission line project that would compromise the scenic integrity of this historic area.

Kake Cannery – Kake, Alaska. Kake Cannery played a key role in the development of the Alaskan salmon-canning industry during the first half of the 20th century, but immediate action is needed to stabilize the structural systems of the existing buildings.

San Jose Church – Old San Juan, Puerto Rico. Built in 1532, San Jose Church is one of the few remaining Spanish Gothic architecture structures in the Western Hemisphere. Empty for 13 years, it is threatened by deterioration and structural damage

Village of Mariemont – Cincinnati, Ohio. The Village of Mariemont has been an inspiration for a generation of planners, but it is now threatened by a proposed transportation project, which would permanently scar the careful designs that make this place so unique.

The Rise of a New Movement – Los Otros Dreamers
Comment
Video: Reporter Alfredo Corchado takes readers behind the headlines to experience the Mexico he knows and still loves