Reports of Romney softening on “Latino issues” doesn’t mean much

LatinaLista — It wasn’t a sure bet that it was going to happen but with fingers crossed, a lot of people hoped for it. We first saw it happening with Marco Rubio and now there are reports that Mitt Romney is showing the same signs. 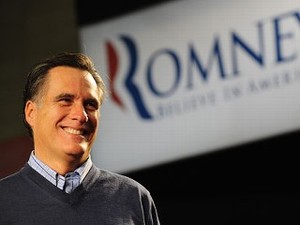 It’s the softening of their hard line approach to what are considered “Latino issues.”

English as the Official Language:

Both languages are currently considered “official” in the island territory and Romney encouraged young people to “learn both.” While he emphasized the importance of learning English, he did not say it should be the sole official language.

But that’s not what he said during debates in January.

Romney has been firm in his opposition to the Dream Act, which would give undocumented minors a path to legal residency if they attend college or join the military.

Among supporters of both issues, Romney’s “softening” doesn’t amount to a lot.