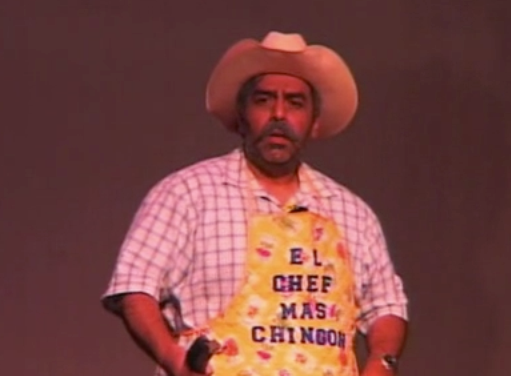 LatinaLista — Live theater is hard work. There are lines to be memorized, costumes to be fitted, staging directions to be learned and forget that you have to keep your cool and remember pages of script in front of a breathing audience.

Yet, they say that when the acting bug hits, it’s in your sangre forever. That’s why it’s not hard to understand why a busy college instructor like Ricardo Reyna, Jr. will carve time out of his demanding teaching schedule to stage a one-man show that not only speaks to the thespian in him but to the culture that molded the hombre he is today.

Teaching film at the University of Nevada, Las Vegas, Reyna is working on getting into a PhD program and has focused his research so far on “Latina/os in media, specifically focusing on privilege, institutional racism, gender and sexuality in popular and sports culture.”