Latina Lista: News from the Latinx perspective > Media > Videos > Video: Latino poet remembers 1984, the way it was — for him 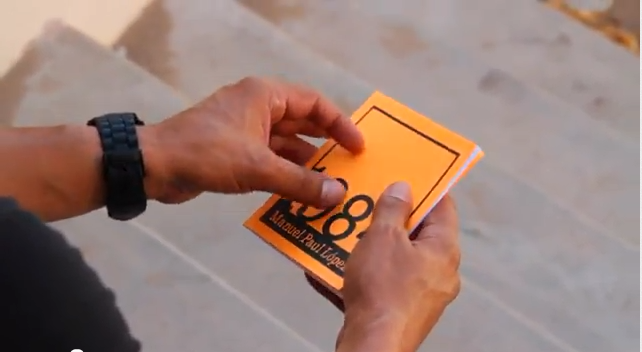 LatinaLista — A chap book is a booklet that easily fits into a pocket — a deep pocket. And ‘deep’ is the operative word when discussing the 2010 chap book of Mexican American poet Manuel Paul López titled “1984.”

If the title is familiar it’s because it’s borrowed from the George Orwell classic of the same name. Yet, that’s where the similarities end.

López’s book is described as a memoir of sorts and reads like a series of memories that happened to him when he was nine-years-old in the year 1984.

Each remembrance feels like an intimate disclosure, and while so many of these disclosures are particular in nature, somehow they are also timeless and universal episodes of childhood. Exciting moments of discovery, sadness, embarrassment, and curiosity are exposed in each look back

Since he grew up in California’s Imperial Valley, his memories reflect his bicultural upbringing, even interjecting Spanish and Spanglish into his work.

The short book is available for sale on his blog but independent television station KCET’s Artbound program decided to exercise some creative license with Lopez’s chap book — they turned it into an animated video that not only brings his words to life — but his world as it was in 1984.

Guest Voz: Do Stand Your Ground Laws Worsen Racial Disparities?
Comment
Immigration lawyers push back against Sen. Durbin's advice to DREAMers to not use lawyers for deferred action