Trailblazers of the Latino LGBT community 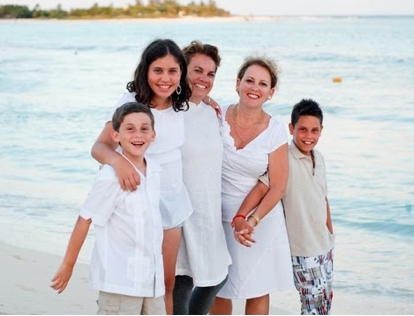 LatinaLista — The growth of the Latino community is too often seen in simplistic terms — the growth in the population of men, women and children who self-identify as Latinos and Latinas. Yet, a big part of that growth also involves a segment that has an additional identity — lesbian, gay, bisexual or transgender, otherwise known as LGBT Latinos.

IN THE LIFE MEDIA, founded in 1992 on the premise that visibility in media is vital to achieving equality and social justice for LGBT people, recently released Orgullo Latino featuring some LGBT Latino trailblazers “who bring visibility to the LGBT Latino experience such as Daniel Hernandez, who President Obama declared a hero for his bravery during the 2011 Tucson shooting that wounded former Congresswoman Gabrielle Giffords; Spanish soap opera star turned Extreme Makeover designer Eduardo Xoi; CNN News anchor Jayne Valez-Mitchell and, of course, Ricky Martin.”

Orgullo Latino underscores how pride in being Latino is a double cause for celebration for LGBT Latinos.