Video: Latino prodigy fluent in 12 languages — programming languages that is 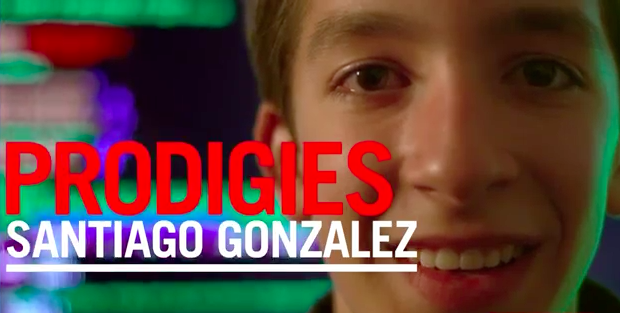 LatinaLista — Santiago Gonzalez is no ordinary 14-year-old. For starters, he became a full-time college student at the age of 12 at the Colorado School of Mines and is on track to receive his Bachelor’s when he’s 16. Yet, what really distinguishes this child prodigy from Denver, Colorado is that Santiago is fluent in 12 different languages — programming languages that is.

Santiago has created 15 mobile apps for everything Apple, from Mac computers to the iPhone and iPad, and, not surprisingly, has dreams of working for Apple one day. In the meantime, Santiago pursues his passion for computer programming and creating fun apps that make him a little bit of money too.

On his website, Hicaduda.com, Santiago shows just how much he likes making apps by directing his visitors to all the apps he’s made, soliciting ideas for apps and even offering his services, for a price, to make apps for other people.

The featured video, part of the THNKR PRODIGIES series also interviews Santiago’s parents who share their story on how they bypassed a non-stimulating school curriculum to nurture their son’s natural gifts.