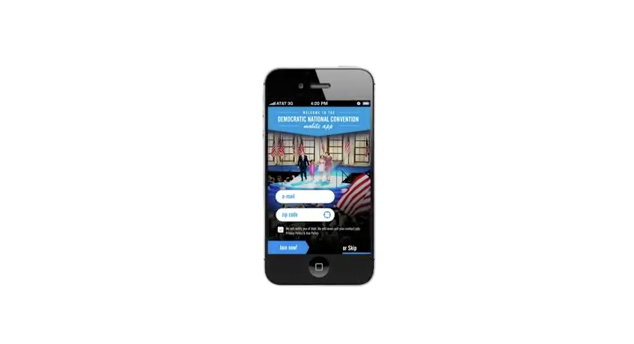 LatinaLista — There’s no debate that in the 2008 presidential election Democrats owned cyberspace when it came to tapping into its full potential to harness support for then Sen. Barack Obama. Since then, as we saw last week with the Republican National Convention, the GOP did their homework and unveiled a robust social media presence.

Yet, the Democrats are taking their tech-saaviness one more step in this presidential election. They’ve created the 2012 Democratic National Convention mobile app. While it can be argued that what they are offering is no different than what the Republicans did online — and that would be true — it’s also true that a mobile app makes all that content easier to navigate, access and read on smart phones and tablets.

Though most of the content offerings are the usual — live streaming of convention speeches, access to photos and press releases — what this mobile app also features are especially helpful to attendees — a scrapbook and a handy restaurant guide with map of the area surrounding the convention in Charlotte.

The scrapbook allows attendees a place to store their photos, videos and blog posts about the convention to keep as a ‘virtual’ souvenir of the four-day event.