Video: Filmmakers’ journey to find the truth of Mayan 2012 prophecy 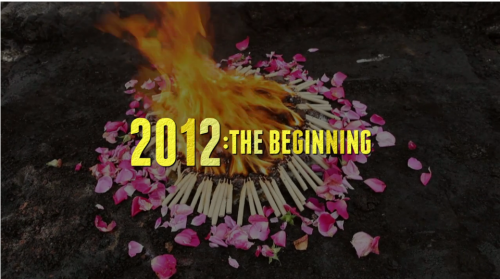 LatinaLista — This year, there’s no getting away from the Mayan 2012 prophecy — not that we’re trying very hard. So far, we’ve featured several films and projects about the 2012 prophecy but nothing that would be considered a true documentary.

2012: The Beginning attempts to fill that gap by journeying around the world to discover what the Mayan texts really say.

Noted archaeologists, scholars, and the living Maya take the filmmakers into the field — to the very origins of the Maya Long Count calendar — and into their lives and sacred ceremonies. Together, these people from very different worlds shed light on a date that has long been shrouded in mystery and intrigue.

Though the film has been screening around the country, its release won’t be until fall 2012.