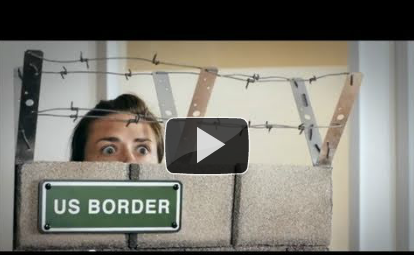 Based in Austin, Texas, The Latino Comedy Project troupe learned long ago that the nation’s anti-immigrant hysteria was fertile fodder to poke fun at people who discriminated against Latinos and to highlight the absurdity of Washington’s policies in dealing with undocumented immigration.

The Latino Comedy Project’s humor can be scathing, offensive and shocking but it never fails to make people think about what is happening in this country in relation to attitudes towards Latinos. In the featured video, the Project tackles the debate of building a border wall — adding an unique twist to an idea deemed offensive and ineffective by many.