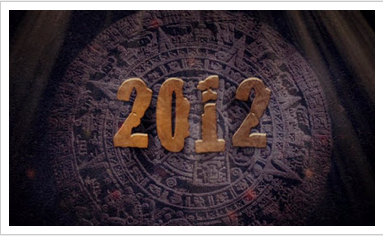 LatinaLista — Julio Ponce Palmieri was born in Guatemala City, Guatemala — in the heart of Mayan country. Yet, it wasn’t Mayan history that captured the attention of this young Guatemalteco. It was filmmaking, philosophy and theology.

Years later, it would be these three disciplines, coupled with the Mayan calendar debate, that Palmieri would tap to create a web series that was part science fiction, mythology, philosophy, documentary — and all action.

“Given the delicate nature of the subject, I wanted to ensure that the project was going to be of a genuine nature,” Palmieri said. “Therefore the information that needed to be researched had to be accurate and true to the cultural aspects of the genre. A duty that also included footage filmed in Guatemala on location at the main Mayan city of Tikal in the jungles of Peten. Luckily, during one of my travels to Guatemala I managed to film those super important scenes and the rest just fell into place.”

2012 the Web Series is about an alien invasion that takes place on earth on the last day of the Mayan calendar. The invaders are a new life form intent on wiping out humanity. The human struggle that ensues is the premise of the eight chapters of this futuristic web series that shows a scenario in the not too distant future.