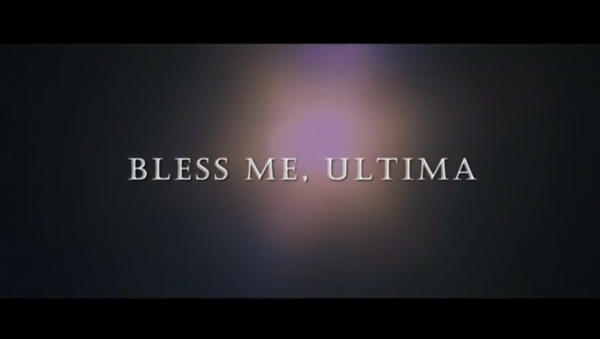 LatinaLista — Though Rudolfo Anaya‘s Bless Me, Ultima has long been recognized as a classic in Chicano literature and garnered its author many prestigious awards and recognition, it’s a book that is not without its own drama.

From its beginning when dozens of publishers first rejected the manuscript to when critics objected to the use of Spanish and strong language in the book, not to mention they accused Anaya of promoting witchraft, to this year when the book was among 90 Latino-focused titles banned from Arizona schools, the story has survived in spite of these challenges. Now, it’s going to flourish in a way its critics never dreamed it could — in film.

Just in time for this year’s observance of Hispanic Heritage Month, on September 17 in El Paso, Texas, Anaya’s Bless Me, Ultima will have its world premiere at the city’s historic 2,000-seat Plaza Theatre. Unfortunately, due to his age (he’s 74) and his health, Anaya won’t be attending the premiere but safe to say plenty fans of his works will be there cheering the fact that a big screen version of the story has finally arrived.

In fact, the film’s filmmakers say that’s the precise reason El Paso was chosen for the premiere — “because of its enthusiastic movie audience, energy and passion for all aspects of the film and novel.”

Though Anaya won’t be present at the premiere, he’s seen the film already. He served as consultant to the film and he and his family were given a private screening of it in Albuquerque, where he lives. He is reported to be very pleased with it.

For anyone who doesn’t know, the film is a drama set in New Mexico during World War II. It centers on the relationship between a young man and an elderly medicine woman who helps him contend with the battle between good and evil that rages in his village.

The film is directed by Carl Franklin, who also adapted Anaya’s story into the screenplay. With a largely Latino cast, there are high hopes for the success of this film at the box office. Yet, the making of this film doesn’t signal that Anaya is finished writing. His next book is due out next spring. Described as a short philosophical novel, time will tell how book critics will react to it.

But no doubt, no matter what the public reaction to the book will be, it won’t stop Anaya from telling the stories that matter to Latinos.

Bless Me, featured, Mexican American, Rudolfo Anaya, Ultima
Previous Post For a second time, Missouri courts refuse to let undocumented mother regain her son and stop adoption proceedings by white couple
Next PostMedications from Mexico are easily obtainable without a prescription at a local swap meet

For a second time, Missouri courts refuse to let undocumented mother regain her son and stop adoption proceedings by white couple
1 Comment
Medications from Mexico are easily obtainable without a prescription at a local swap meet