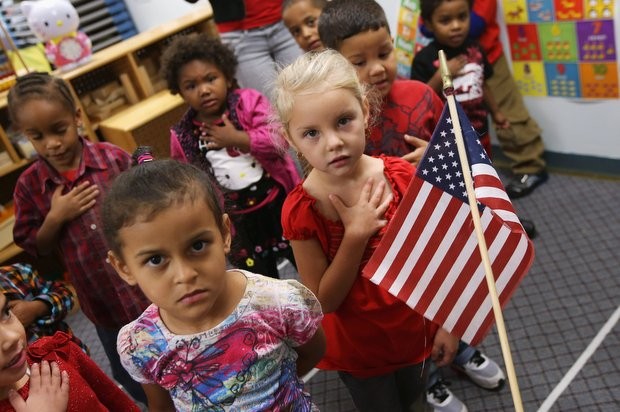 LatinaLista — During the recent government shutdown, the generous $10 million donation by the Houston billionaire couple to re-fund Headstart programs across the country highlighted the importance of quality preschool programs.

Aside from the obvious research showing the educational advantages a child receives who attends pre-school — starts school ready to tackle academics, refines motor skills and broadens their socialization behaviors — other research shows that an investment in preschool is good for the economy.

Fortunately, more and more states are recognizing the importance of providing access to children of all income levels the opportunity to attend pre-school. The problem is that while Congress may know preschool is important, there are too many in Washington who think it’s expendable when it comes to deciding what cuts to make in the budget.

“A preschool nation is one in which every child has full opportunity to succeed in school regardless of their zip code, ethnic background or immigration status,” said W. Steven Barnett, director of the National Institute for Early Education Research (NIEER). “Preschool is the leading edge of school reform. If every child has the knowledge, skills and dispositions needed to succeed, we will transform kindergarten, first grade, second grade all the way on up, particularly for those children who most often struggle and fall behind.”

Described as a “one-stop shop,” the site is a collaborative effort among non-profits, early childhood educators, elected officials, parents and policy makers to advance the message of just how imperative it is that all children in the country be afforded the same experience before they start school.

As Virginia Wate, a Los Angeles mother of a preschooler was quoted as saying in a press release for the campaign, “I feel like (preschool) really builds self-esteem, and all kids should be able to enter kindergarten and feel like they know just as much as their peers.”

Ongoing assaults against labor activists in Guatemala endanger country's free trade agreements with Europe and the U.S.
1 Comment
Video: Documentary challenges world to wake up to the future climate change will bring