Latina Lista: News from the Latinx perspective > Life Issues > Environment > Latinos, on either side of border, battle “not so innocent” America over environment 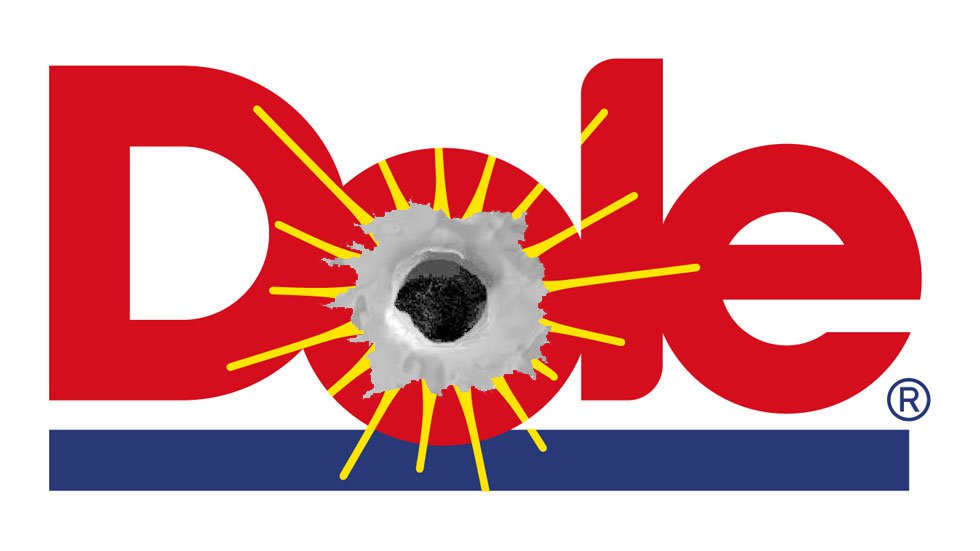 LatinaLista — When Donald Trump pushed back against Fox News Bill O’Reilly’s characterization of Vladimir Putin “as a killer,” by saying that our country “is not so innocent,” he ignited a barrage of criticism from both sides of the aisle.  Not that that is anything new.

But what is different is whether it was Trump’s naive honesty or an as-yet-unknown relationship with the Russian president that caused such a public admission of national guilt. The truth, to Trump’s reveal, is the U.S. has had questionable involvement in foreign affairs throughout history.

But what is really egregious, unlike government-sanctioned foreign interference done under the guise of being in  national interests, is the interference U.S. businesses conduct abroad for no other justification than to protect their bottom line.

In an unprecedented action, several U.S. companies are among 200 companies now being prosecuted by the Colombian government for “crimes against humanity.” Dole Foods Company, Del Monte Foods and a subsidiary of Chiquita are all accused of financing paramilitary death squads in Colombia’s banana region.

According to Colombia Reports, the U.S. businesses are accused of financing the “Banana Block,” a paramilitary umbrella organization  known as the AUC, a group that operated from 1997 to 2006 and was labeled a terrorist organization by the global community.

The AUC was funded in part by these U.S. banana companies to protect their business interests, namely bananas, in the region during the country’s long and bloody civil war.

Any company paying for “protection” doesn’t care how it’s done but these companies should have.

The AUC was responsible for tens of thousands of murders, kidnappings and rapes, along with, drug trafficking. Their crimes considered so atrocious that they are now being prosecuted as committing crimes against humanity — and anyone who helped sustain their operations is rightfully considered an accomplice.

Each of these companies should be held accountable for their actions and made to pay the price for putting profit above human life.

But it doesn’t just include bananas. US companies are protecting other business interests in Latin America and endangering the local environment and environmentalists in the process.

Logging, hydroelectricity, mines, oil and GMO-modified agriculture are among the main resources US companies are traveling south of the border to exploit for their bottom lines. In a report issued last month by Global Witness, Honduras is now the deadliest country in the world for environmental activism.

The notion that it’s ok for American companies to conduct business abroad without regard to the local environment or how their business practices impact local populations has long been a serious dereliction of ethics and morality.

Local populations, with no support from their own government,  have felt powerless and had little recourse to fight back other than through lengthy and expensive court cases or taking their lives in their hands and protesting. Because most of these occur in third-world countries, US companies have been shielded from accountability and media exposure  — but not anymore.

With Trump’s determination to weaken Environmental Protection Agency (EPA) regulations by picking an EPA critic to lead the agency, US neighborhoods will face what third-world communities have long endured at the hands of American business interests.

It’s already started with the Dakota Access Pipeline. As of this writing, the nation is only hours away from the U.S. Army secretary making a decision on the final permit allowing work to start on a tunnel under a lake. It doesn’t matter to the pipeline supporters that an analysis discovered that the energy companies involved with the building of the pipeline had over 35 pipeline accidents, causing 8 injuries and $300,000 in damage.

After all, it’s just business — and we know that our government “isn’t so innocent” but nor are the American people so powerless.