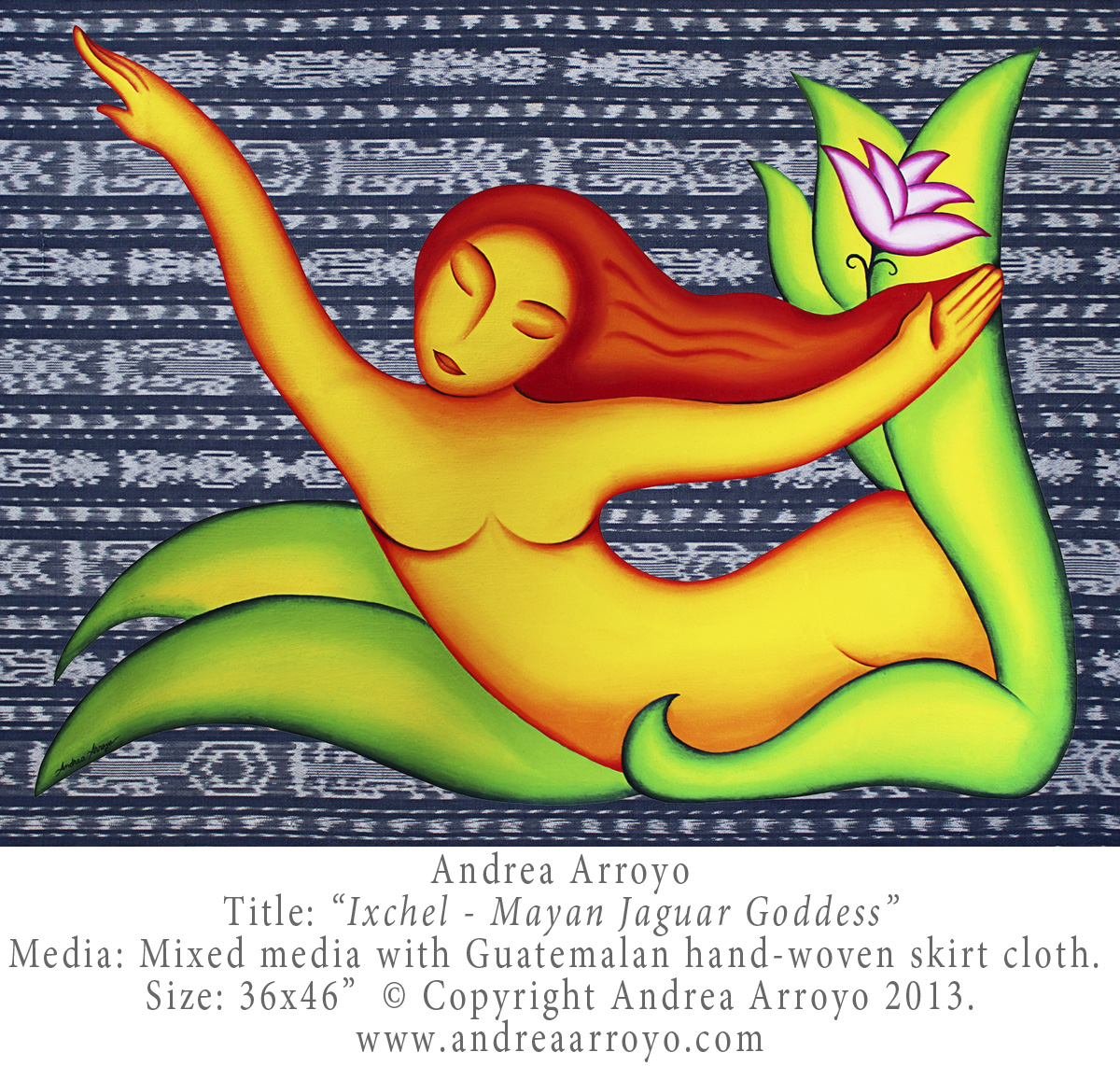 LatinaLista — Mexican-born artist Andrea Arroyo is known for celebrating the resilience of the human spirit in her distinctive works and so it made perfect sense that her latest exhibit, “Memories Interlaced,” which closed on January 31, 2014, would be held in a place with such historical significance.

Arroyo used garments collected from women in the community, such as a Mexican huipil, an Indonesian silk wrap, and an Indian prayer shawl, repurposed evocative personal items… to examine notions of memory, belonging, and body image together set to honor the resilience of the female spirit. The exhibit included a painting of the Aztec goddess Coatlicue integrated with a hand-woven Mexican huipil; Ixchel, which depicts the Mayan Jaguar goddess integrated with a Guatemalan hand-woven skirt; and Sarasvati, a work integrating the Hindu deity of the rivers and the arts with a silk wrap.

In the featured video by Awaken Inspire Create, Arroyo shares her reasons for wanting to use the Shabazz Center to showcase the exhibit and how she hoped to connect not only the historical to the contemporary but tap into the male and female energy to present an exhibit that was meant to be enjoyed on many different levels.

art, mixed media
Previous Post Intrn'l Video: U.S. entrepreneur has sights set on being the 'Comic King of Guatemala'
Next PostSonya Sotomayor Shares How She Lives In Her Two Worlds

Intrn'l Video: U.S. entrepreneur has sights set on being the 'Comic King of Guatemala'
Comment
Sonya Sotomayor Shares How She Lives In Her Two Worlds