Latina Lista: News from the Latinx perspective > Media > Videos > Video: Friday’s ceremonial re-opening of U.S. Embassy in Havana promises to be day remembering the past, honoring the present and still hoping for a better future

Video: Friday’s ceremonial re-opening of U.S. Embassy in Havana promises to be day remembering the past, honoring the present and still hoping for a better future 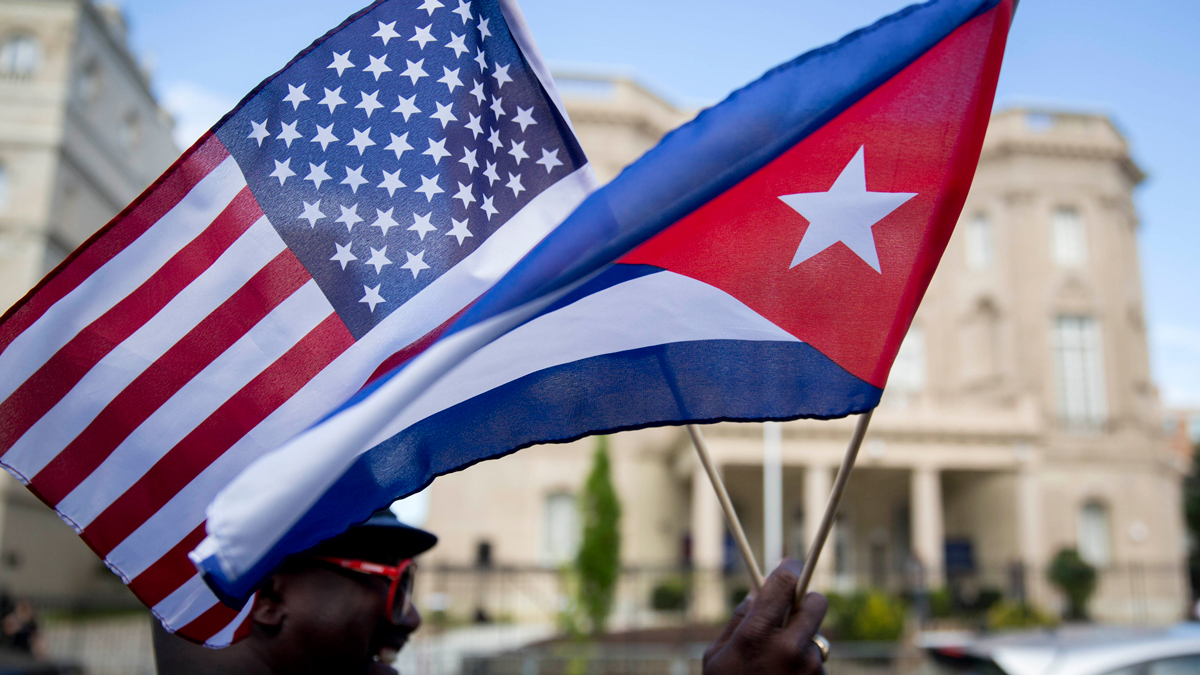 LatinaLista — In 1961, Jim Tracy, F.W. “Mike” East, and Larry C. Morris were three young Marines assigned to the U.S. Embassy in Havana, Cuba. Their final duty, before the U.S. Embassy shut its doors for what would be a 54-year absence from the island, was to lower the American flag for the last time. Now, in a new century, Tracy, East and Morris are returning to Cuba as part of Secretary of State John Kerry’s delegation to witness the re-opening of the U.S. Embassy and the raising of a new U.S. flag.

In preparation for the ceremonial reopening of the U.S. Embassy (the Embassy officially reopened on July 20, 2015) in Cuba on Friday, August 14, the U.S. State Department released a video interviewing those three former Marines and their memories of that time in their service career. It proved to have been an emotional experience for the men and one that made them each look forward to the day when they could return.

Characterized as a government-to-government function, the ceremonial re-opening of the U.S. Embassy will not feature either of the Castro brothers, but there will be dignitaries, Cuban American entrepreneurs, celebrities and the inaugural poet, Richard Blanco, who happens to be Cuban American. Blanco was tasked to write a special poem for the occasion.

In an interview with MSNBC, Blanco said that it was the hardest poem he has ever had to write and it reconciles his split loyalties and heritage between two countries, and is hopeful it will provide “an emotional place of reconciliation, a place of, perhaps, healing.”

However, for many Cuban Americans and Human Rights activists, “healing” is the operative word.

In a background briefing call with the press, a senior state department official explained Kerry’s feelings on speaking with Cuban dissidents, who will not be invited to the flag-raising event.

“And in terms of the dissidents, I can’t confirm exactly who the Secretary may or may not speak with at the reception, but he is certainly hoping to speak with as many people as possible during a relatively compressed period of time, among them some of the dissidents. And I would expect that there are many people who will want to speak to him, and he’s going to try and speak to as many as he can.”