Latina Lista: News from the Latinx perspective > Media > Videos > Video: In the land of plenty, 50 million continue to go without

Video: In the land of plenty, 50 million continue to go without 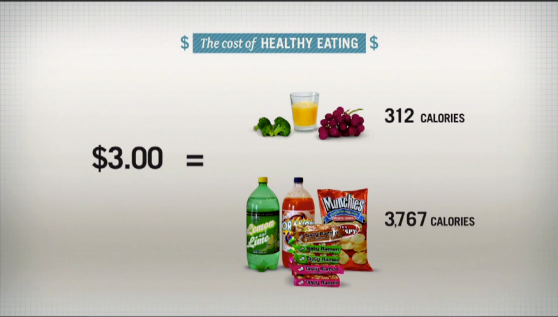 LatinaLista — As the nation celebrates National Farmers Market week, it’s hard to appreciate the fact that there are 50 million people living in the United States who can’t afford to even buy produce and food at farmers markets or grocery stores. These people fall into the category of the ‘food insecure.’

In recent studies, it’s been found that today’s food insecure people don’t belong to one demographic or live in one part of a town — they can be anyone, of any age and live in the wealthiest of zip codes. In an episode of Moyers & Company, journalist and host Bill Moyers interviews Kristi Jacobson, one of the directors and producers of the documentary A Place at the Table, and Mariana Chilton, director of the Center for Hunger-Free Communities, to discuss an issue that is worsening every day and one-third of whose victims are comprised of children.