Latina Lista: News from the Latinx perspective > Media > Videos > The world is about to be introduced to “Mexico’s Bravest Man” 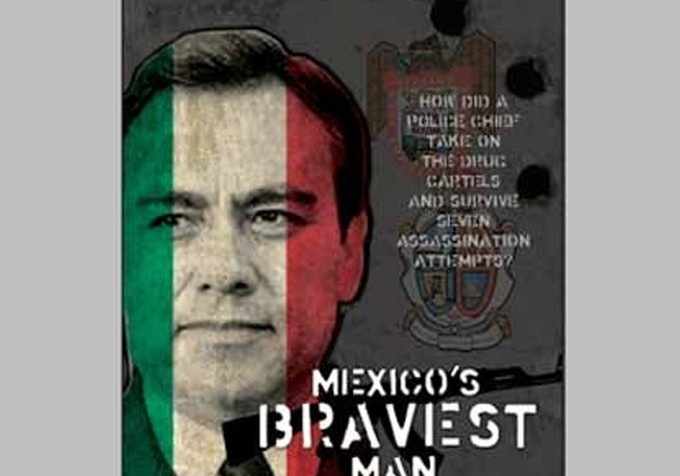 LatinaLista — Julian Leyzaola Perez takes the law in Mexico seriously. This former police chief of two of the most law-breaking Mexican border towns — Tijuana and Juarez, felt it was his public and moral duty to confront the violent criminal cartels wreaking fear and havoc in his territory and on his gente. His methods for enforcing the law earned him a controversial reputation and many enemies.

Unlike many of his peers who gladly accept payoffs from the cartels in return for turning a blind eye to their callous disregard for the law, Leyzaola Perez never cowered from cartel threats. Not even when they tried to kill him 7 times.

Leyzaola Perez survived those assassination attempts but the last attack on May 8, 2015, though sidelining his law enforcement career forever, hasn’t scared him into not talking about the cartels and their vicious attacks on Mexican society. That’s a good thing.

Otherwise, Leyzaola Perez would not have participated in the upcoming film about his notable career.

Mexico’s Bravest Man, filmed and written by filmmaker Charlie Minn, introduces the world to the remarkable life of Leyzaola Perez and the incredible intimidation subjected on him by the cartels in an effort to break his moral spirit. They didn’t succeed but only resolved his sense of duty to fight them.

Though he can no longer serve in the police force, Leyzaola Perez is now running for mayor of Tijuana — and taking the fight against the cartels to a new level.

Interview: Marce Gutiérrez-Graudins on Latinos and conservation
Comment
Crowdfunder: Filling the book shelves of village schools in Peru's Sacred Valley of the Incas