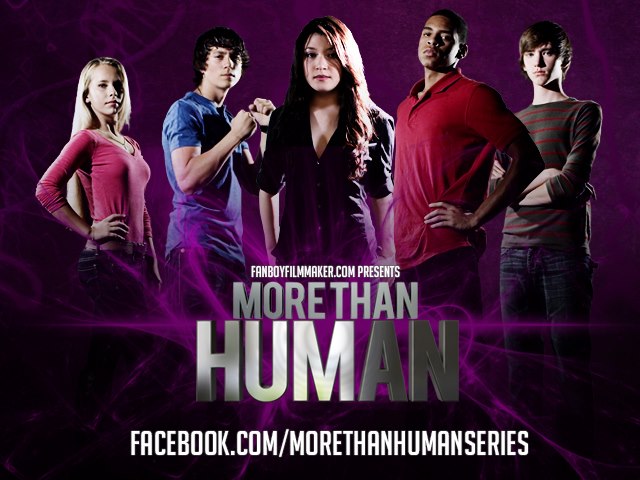 LatinaLista — It’s rare that I will post a crowdfunding campaign for a Viernes Video that, at the least, doesn’t have a trailer. But looking at Houston filmmaker Carlos Tovar’s web series project, More Than Human, something tells me this could be a hit — and to make an exception.

The series is along the same sci-fi vein as X-Men, Teen Titans, Smallville, etc. In other words, characters with special powers that help them beat ‘the bad guys.’ The premise of the series is “5 teenagers who gain special abilities after drinking a mysterious serum.”

According to Tovar, “With ‘More Than Human,’ we’ve created a compelling and continuing story that expands and grows with each new episode. A solid, live-action teen superhero series has not been done for quite some time. There have been films, of course, but the goal for this series is to keep going, allowing the characters to grow up with the audience as new characters are introduced, keeping the series rooted in high school.”

Tovar, who is also behind the Fanboy Filmmaker site, has already filmed the first five episodes. Tovar and his team want the series to debut in the fall of 2013 and need additional money to finish the rest of Season 1, episodes 6-10.

In addition to the usual prizes for donations, like t-shirts, autographed DVDs or sneak peeks of the finished first episode, Tovar is also offering a walk-on role for the donor who gives $300.

Time is ticking as Tovar and his team wait for their own superhero(es) to save their day.

sci-fi, teens, web series
Previous Post How one Latina found her way into children's book publishing
Next PostNew book dishes up a plate of culture and tradition wrapped in a breakfast taco