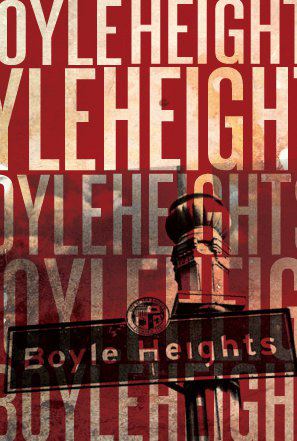 LatinaLista — Boyle Heights has become synonymous as the cradle of the Latino community in Los Angeles. It’s also been the real-life set of numerous films and cable television shows (Real Women Have Curves and Resurrection Blvd.)

Now, it has become the setting for a new web series titled, what else, Boyle Heights.

Created by veteran filmmaker Frank Aragon and starring Stephen Baur (Scarface), the new show is shown exclusively on Vimeo. Billed as a drama and comedy, the second episode will only be made after the first episode registers 1,000 Likes on its Facebook page, according to Facebook posts.

While the show looks like it has potential, it’s hard to say because the volume is so low on the Vimeo site (even with my speakers turned up to full volume) that it’s hard to follow the dialogue. Also, there’s no synopsis delivering any kind of expectation as to what is the plot.

Hopefully, once these two issues are addressed, the series will attract the needed 1,000 viewers to make the second episode.