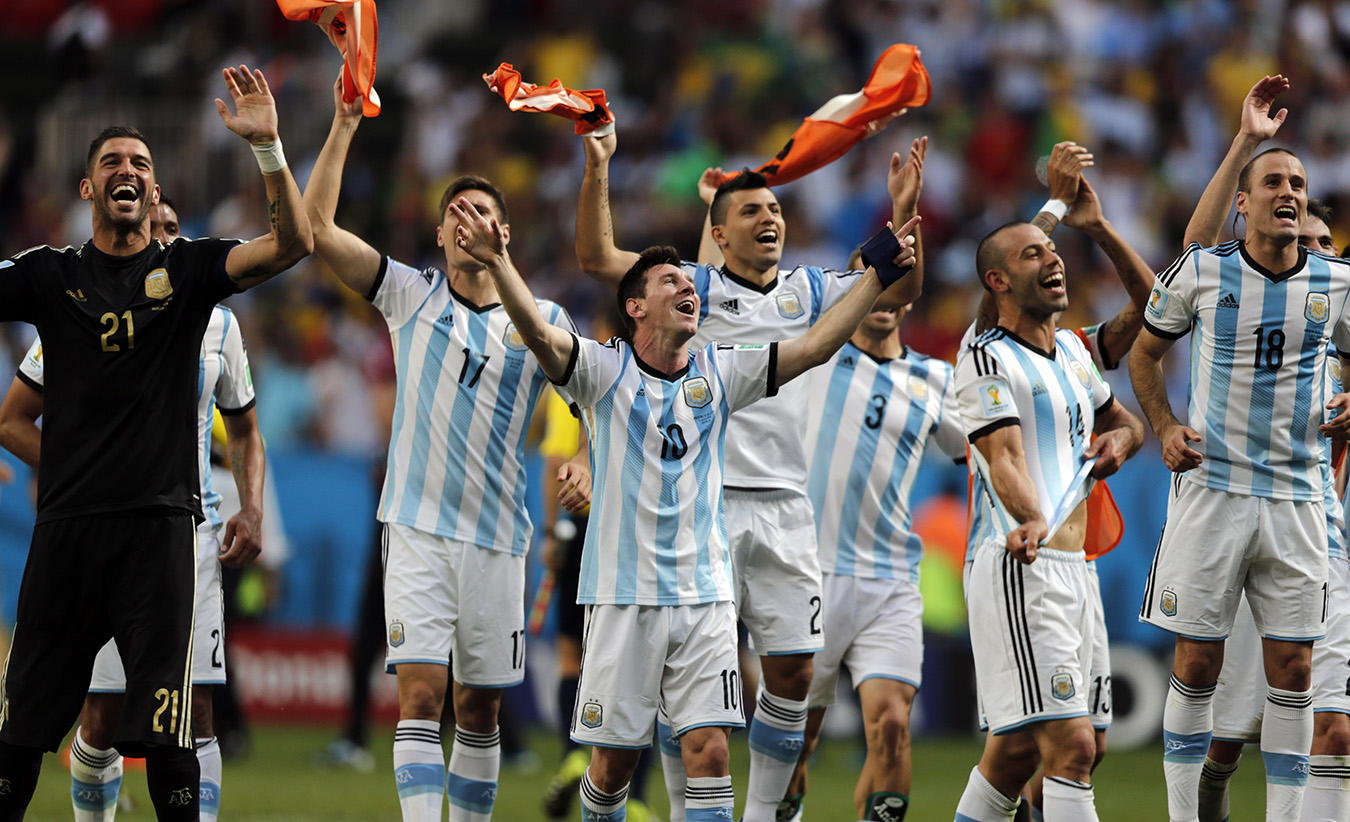 BUENOS AIRES, Argentina – Germany’s historic rout against Brazil in the first World Cup semifinal match on July 8 leaves Argentina as the only country representing the Americas that still has a shot at winning the title on regional soil.

The Argentines, who are thirsting for their first World Cup championship since the 1986 tournament in Mexico, will play the Netherlands in the second semifinal. The kickoff at São Paulo’s Corinthians Arena is set for 5 p.m. local time on July 9.

This match marks Argentina’s first appearance in the Cup semifinals in 24 years. In the 1990 World Cup in Italy, the Albiceleste beat the home side in a penalty shoot-out in the semifinal round, but then lost 1-0 to Germany in the championship game.

“We Argentines are very passionate people. I hated the Germans for beating us in the final,” said Estefania, who works for a lubricant distributor in Olavarria, 300 km from Buenos Aires.

Since half of Argentina’s population is under 30 years old, some 20 million Argentines have never seen their national team become champions.

That is the case for Albiceleste fan Florencia Murray, 28. Born in January 1986, she was only 5 months old when Argentina last lifted the championship trophy by beating Germany 3-2 in the title game of that year’s World Cup in Mexico.

“This is the first time I’ve seen Argentina reach the semifinals,” Florencia said. “I’m just happy to see our team get to this stage.”

Javier Bondar, an architect, watched Argentina win the 1986 Cup, but he doesn’t remember the occasion because he was only 3 at the time. Yet as far as he’s concerned, a spot in the 2014 semifinals is cause enough for celebration.

“I’m not expecting Argentina to be in first or second place, just for us to do well in the Cup,” Javier said.

Older generations of Argentine fans are now reliving the feeling of playing in the soccer tournament’s decisive stages.

“I never forgot the Mexican games,” said Máximo Browarnik, 86. “I especially remember the game against England in the quarterfinals, when Maradona caught the ball midfield and started passing his opponents, even the goalie, to make the most beautiful goal I have ever seen.”

Expectations for the game

As the undisputed leader of group F in the round robin stage, Argentina enters the semifinals with a 100% track record, following victories against Bosnia-Herzegovina (3-1), Iran (1-0), Nigeria (3-2), Switzerland (1-0), and Belgium (1-0).

“We now need a win against the Netherlands, a complex opponent that was a finalist in South Africa in 2010,” forward Gonzalo Higuaín, who scored the winning goal against Belgium in the quarterfinals, told Argentine daily Olé. “There are two more steps to make millions of people happy.”

Argentine coach Alejandro Sabella has not revealed his list of 11 starters, but he would be wise to redeploy the 4-4-2 arrangement used against Belgium. Marcos Rojo, who has served out his suspension, will return in place of José Basanta. Enzo Pérez will replace forward Angel Di María, who is injured.

The match will give the Argentine coach a chance for revenge. He was the assistant to coach Daniel Passarella in the 1998 World Cup in France, when Argentina lost 2-1 to the Dutch.

“I believe we will win this time because not a single Dutch player has four Golden Balls,” Estefania said, referring to Lionel Messi, whom FIFA has named the world’s best player four times.

But the “Clockwork Orange” also has beaten all of its opponents until now, and it has one of the best offenses in the tournament. The Dutch so far have racked up 12 goals, three of which were scored by Arjen Robben.

The Netherlands is 5 goals behind Germany, whose tournament goal total reached 17 with its 7-1 massacre of Brazil at Belo Horizonte’s Mineirão Stadium.

The loss was the highest score conceded by Brazil in its entire history. To make matters worse, the German player Miroslav Klose scored in the match to become the top scorer in all World Cups and break Brazilian Ronaldo’s record of 15 goals.

Brazilian players left the field, weeping and apologizing to fans.

“I just wanted to be able to bring some happiness to my people, who have been through so much suffering. Sadly, I could not. I apologize to everyone. … It is a day of great sadness and much learning,” David Luiz said on the field.

All that is left for Brazil is to fight for third place and to choose whether to cheer for the Argentine hermanos – its bitter rival – to go on to the final.